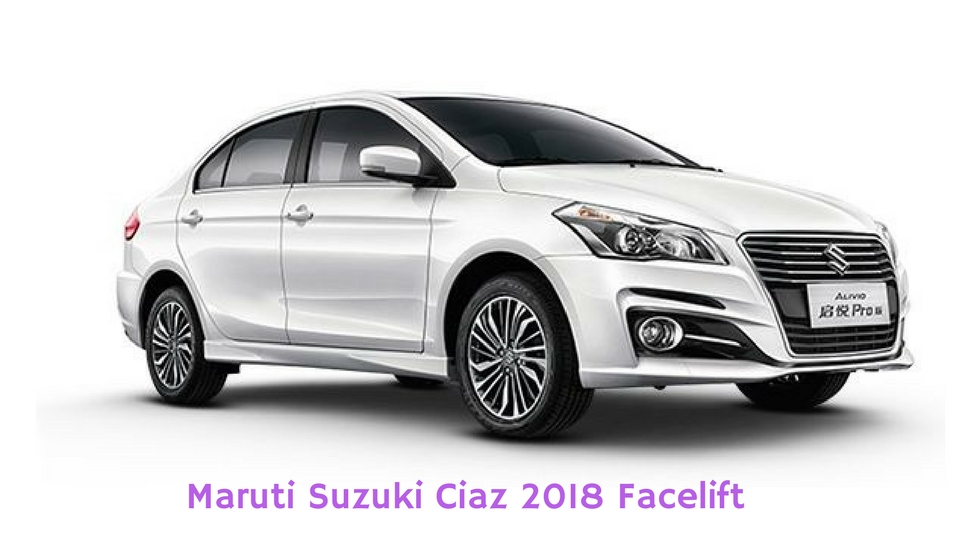 India’s largest car maker, Maruti Suzuki is expected to launch the new Ciaz car in August, 2018. According to the sources, Maruti Suzuki was set to unveil the ‘Sedan’ at Auto Expo last month, but it decided to shift focus on its popular hatchback Swift. Bookings for the new Ciaz will begin in the month of July.

Maruti Suzuki sedan is expected to get an all-new engine in the latest version, according to the sources. The company will be using an in-house Suzuki-developed powerful 1.5-litre diesel engine for the first time, instead of diesel engine, which they used to source from Fiat. Apart from this, the petrol engine will also be upgraded to 1.5-litre. Many customers have been complaining about the underpowered engine of Ciaz, which has not combined well with, otherwise a good car. Instead of thinking too much about the criticism, Maruti Suzuki has taken the feedback with sincerity and have come up with more powerful engines to satisfy the customers.

The front and rear of the Maruti Suzuki Ciaz 2018 will be restyled, along with some minor changes in the interiors, sources said. The Ciaz not only competes with Hyundai Verna, but also with Honda City. Ciaz has not seen any major updates since its launch in 2014. However, there were some minor cosmetic changes in between.

Both Hyundai and Honda have launched updated versions and Maruti Suzuki needed to come up with its own updated version sooner than later. With Toyota also launching the Yaris soon, the competition is likely to get hotter in the Indian sedan space.

The pricing is also expected to be different than what it is right now. The Ciaz is currently available in the range of Rs 8-12 lakh. The price of this updated Maruti Suzuki Ciaz 2018 can determine how successful it is going to be in the longer run.