In an interview with HH Sheikh Ahmed Bin Dalmook Juma Al Maktoum, a refined picture on the controversy of Ghana-AMERI deal came into limelight. The Royal Highness discussed about the specifications of the deal which implicated Build, Own, Operate and Transfer (BOOT) process, in other words, Ameri Group shall bring the complete investment to Ghana, shall deliver the project within stipulated time frame, then would earn back their costs and marginal profit during operational period of five years, eventually will hand over the plant to the government of Ghana for free. 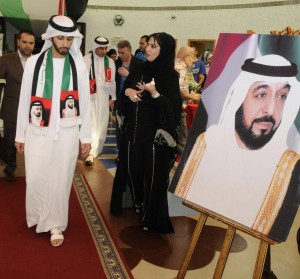 The UAE prince expressed his deep concern for Ghana and confirmed that he holds special soft corner for the commons. When country was facing power outages for long, he got worried as according to him if a nation is not supplied with enough electricity then problems like halt in business activities, increased unemployment, fall in socio-economic development, misery come into picture as infrastructure of power is one of the sources, which contribute in a Nation’s development.

He denied all statements made by Norwegian tabloid, Verdens Gang (VG) which according to him was misfeasance and shall be disregarded. Lawyers of Ameri Group has already served VG with legal notices as any demeaning or inappropriate words opposing the Royal reputation and goodwill of the business, would not be taken for granted.

Sheikh Ahmed was not happy when attacks were made by newspaper in regard of Umar Farooq’s credibility. He further dejected all the allegations on Umar Farooq by saying, “I have no issues regarding Farooq as a person. He is a good man. He has lived here in Dubai as a legal resident for more than a decade and has a clean record here.”

He even mentioned that he will continue to contribute to the development of Ghana irrespective of change of government as he holds no interest in any political party.

Gold Prices expected to fall in Dubai during this Ramadan