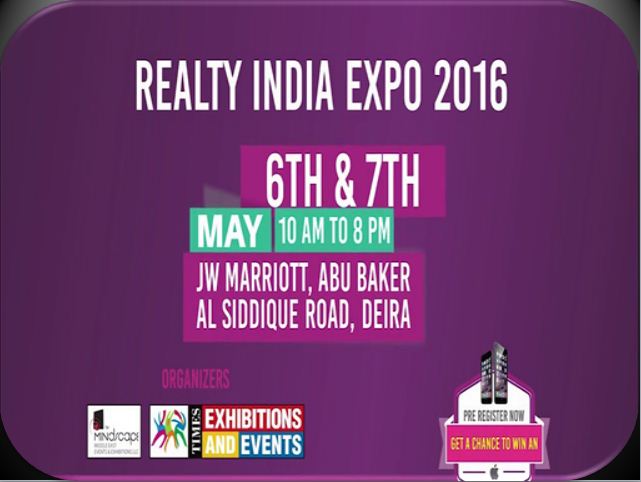 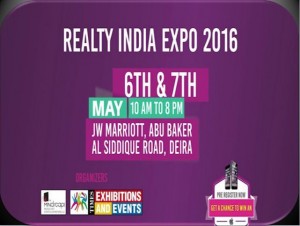 Over 75 Indian builders are expected to attend the Realty India Expo Dubai 2016, the property exhibition to be held at JW Marriott Hotel in Deira. The two-day event will showcase a number of renowned Indian builders, displaying location specific projects and projects from multiple cities like Chennai, Bangaluru, Pune, Delhi, Mumbai and Kerala, among others.

Pawan Kumar Dhoot of Dhoot Group, a prominent name in the real estate sector believes that the Realty India Expo Dubai 2016 is a great platform for the realtors to display their state-of-the-art projects. Mr. Pawan Dhoot wishes luck to all the realty developers who have got the opportunity to be a part of this event.

Mindscape Exhibitions, the exhibition’s organizers highlighted that the real estate is the second largest employer after agriculture in India and is expected to grow by 30 per cent over the next decade. The Indian real estate market has become one of the most preferred destinations in the Asia Pacific, as overseas funds accounted for more than 50 per cent of all investment activity in India in 2014, compared with 26 per cent in 2013.

The real estate sector comprises four sub sectors — housing, retail, hospitality, and commercial. The growth of this sector is complemented by the growth of the corporate environment and the demand for office space as well as urban and semiurban accommodations.

The construction industry ranks third among the 14 major sectors in terms of direct, indirect and induced effects in all sectors of the economy, according to the statement.

The sector is also expected to incur more non-resident Indian (NRI) investments in both the short term and the long term. Bengaluru is expected to be the most favoured property investment destination for NRIs, followed by Pune, Chennai, and Goa, among others.

Dhoot Group explains the importance of ventilation in a building