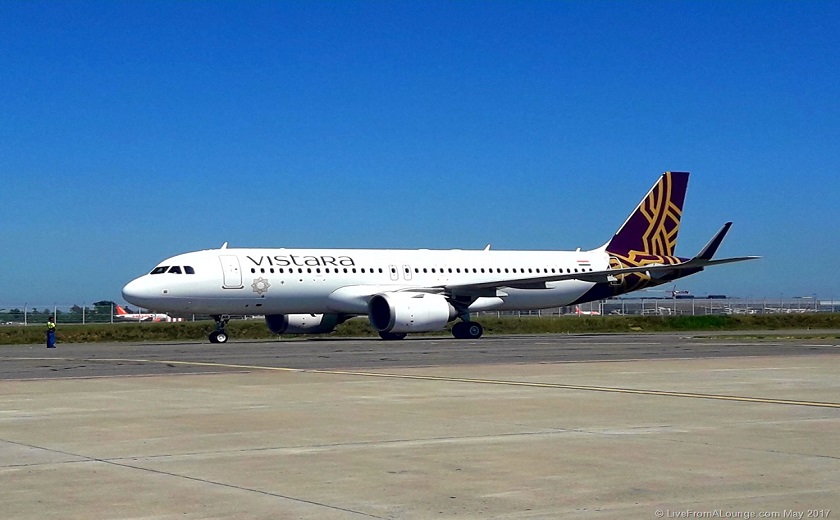 International flights to Europe and Australia to be launched in 2020: Vistara

The joint venture between Tata Sons Ltd and Singapore Airlines, Vistara is all set to launch its international flights to Europe and Australia in 2020.

In an interview on Wednesday, August 7, Leslie Chng, CEO of Vistara announced that the firm is looking for code-share partnerships with other airlines.

Starting from Tuesday, August 6, Vistara has initiated its operations on the international level. The first route introduced is from New Delhi to Singapore. Mumbai-Dubai operations will start from 21 August and Delhi-Bangkok flights are starting from 27 August. The Mumbai-Singapore route has already started on August 7, 2019.

Earlier in July, the firm purchased 19 planes worth $3.1 billion from Airbus SE and Boeing Co. The latter planes are being used for long- haul international routes. On the other hand, Airbus A321 planes are running on medium-haul routes and Airbus A320 are running on short-haul international routes. Though ordered long back, the delivery of all these planes will start from January 2020.

Thng stated in the interview that in order to acquire the rights to fly to these destinations, Vistara will have to work with the governments of respective countries and for the slots with the airport authorities. Most of the slots, he says, would be easier to get but a commercial arrangement needs to be done like code-sharing agreements.

In the current situation, Vistara doesn’t have any debt. But once they buy their own aircraft on the balance sheet, they will have to take some debt. At the time of purchasing Boeing 787s and some of Airbus A320s, Vistara should do proper economic research.

To enhance its operations from Delhi to Mumbai to almost seven hours, Vistara will include the Airbus A-321neo (New Engine Option) aircraft in its existing range. Beginning in the first quarter 2020, the company will be delivering more than ten aircrafts.

Recently, the company has gained growth in the number of aircrafts from 22, in the previous financial year to 41, in the current one.