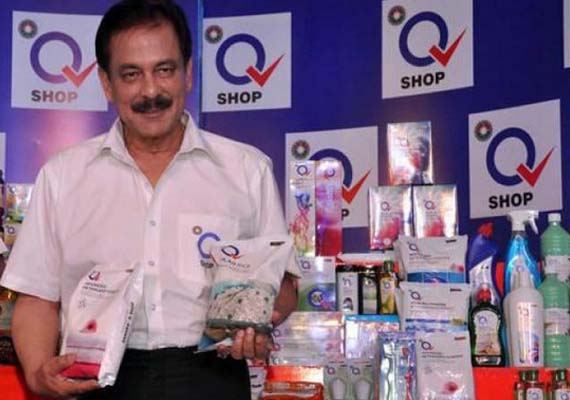 Sahara India Pariwar which is back on a growth trajectory, has planned extensive expansions prospects. Sahara Parivar’s FMCG division- ‘Sahara Q’ would be leading this expansion from the front. Sahara has plans of having 30,000 Sahara Q shops by the end of year 2016.

In a news release, Sahara Pariwar declared that as of now, there are 1100 exclusive Sahara Q brand outlets across 14 states with distributorships in 29 states and the company plans on having 30,000 outlets.
The company said, “Sahara Q manufactures and sells 895 products in categories of staple, processed food, water and beverages, home care, personal care, home appliances and kitchenware.” 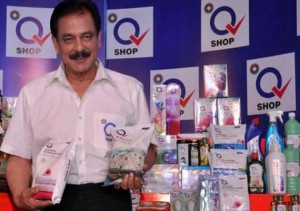 Sahara Pariwar has eyed Tamil Nadu as one of the dominating regions to begin their expansion.  The company plans to have 21 outlets by March 2014, 550 by March 2015 and 1900 outlets in Tamil Nadu by March 2016.

The number of distributors in the state would also be increased to 200 from the existing 131. It also plans to have 55 Sahara Quality Mobile shop by March 2014, the statement said.

Nationwide, the company plans to have 500 Quality Mobile Shops by March 2014 from the existing 181 outlets, it said.

As part of augmenting the expansion plans, the company would add newer manufacturing facilities in Tamil Nadu, it said, adding the company also plans to adopt “contract farming” in the state.