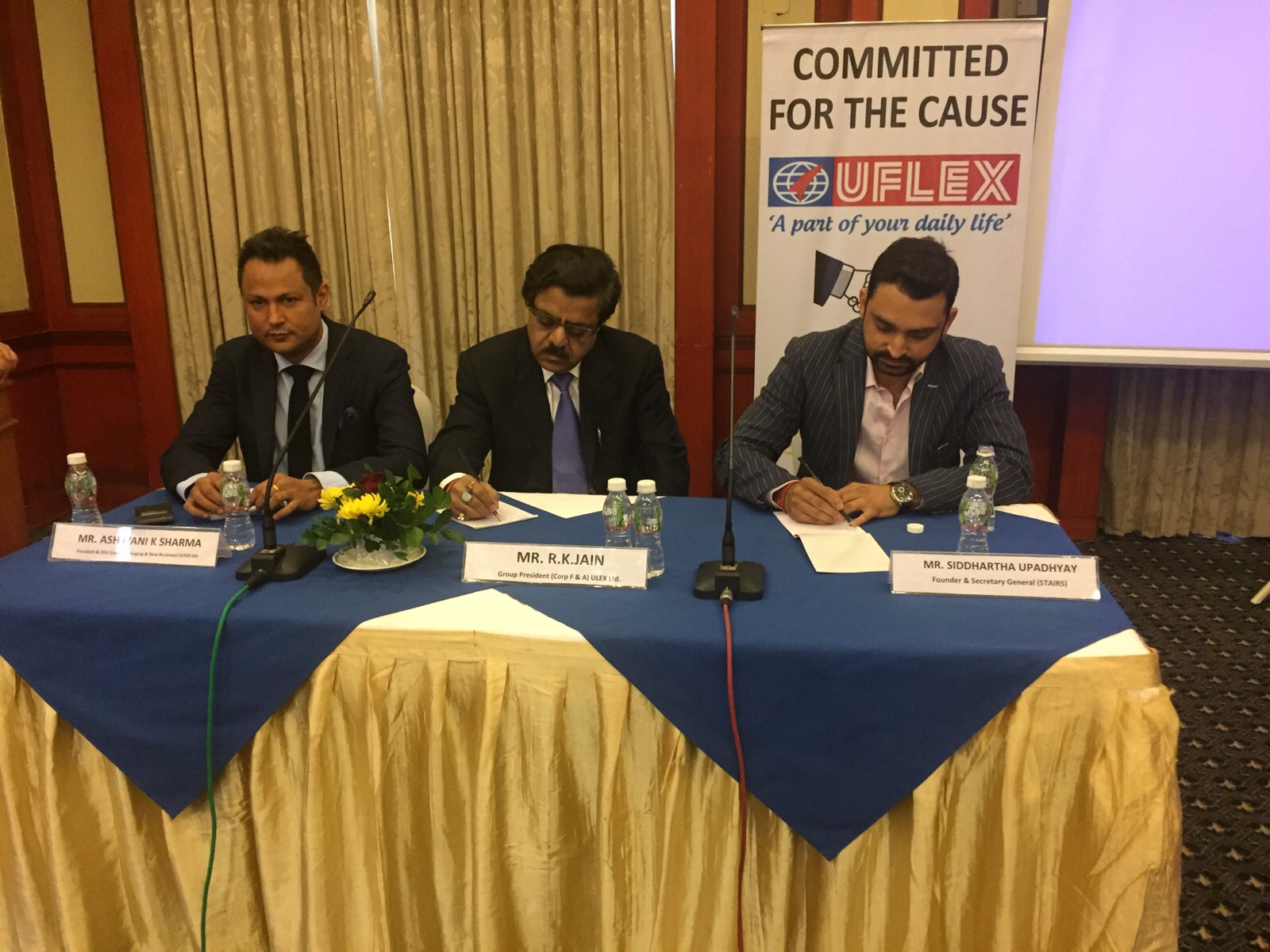 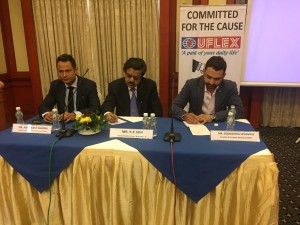 Uflex ltd. extends support to STAIRS School Football League (SSFL) Ahmadabad, the largest school football league in the country. It is the second year of SSFL which has got a huge response and participation confirmation from 288 schools comprising 32 girls’ teams and 256 boys’ teams. It is one of the biggest as well as the longest football leagues played at school level.

Speaking at the Press Conference, Mr. R.K. Jain, Group President (Corp. F & A), Uflex Ltd. re-affirming CMD Mr. Ashok Chaturvedi’s commitment to build a cohesive nation through promotion of Sports at the grassroots level said:
“Today we are very happy to take our experience of SSFL Delhi to Ahmedabad which will only invigorate with time to bring out the best footballers in the country. The right to play has been enshrined as a Universal Right in the United Nations Convention on the Rights of the Child and we are glad Uflex is furthering the cause. Sports besides rendering a physically fit and mentally alert nation are imperative for national integration where children and youth come together and play it out on the field irrespective of their caste, creed, religion or socio-economic status. Such is the power of Sports and we must harness it to build Brand India. Supporting SSFL- Ahmedabad chapter is like a second homecoming. Uflex is already in the process of setting up at Sanand (Gujarat), first of its kind Aseptic Packaging plant for packing liquid products which is fully aligned with Government’s Make in India initiative. Supporting Sports endeavor in the State further doubles up our joy.”

“The Ahmedabad Chapter of Stairs School Football League, will provide an opportunity to over 5000 children in Gujarat to showcase their football talent. The inaugural year will be totally dedicated towards scouting talent considering World Cup under 17 that will be held in India in 2017.
I am thankful to Uflex for its continued support to the initiative that will empower the children and youth of the state much like it would bolster the sport itself. This will inspire the children to play the sport with truest sportsmanship and even opt it as a career.” said Mr. Siddhartha Upadhyay, Founder and Secretary General, STAIRS.