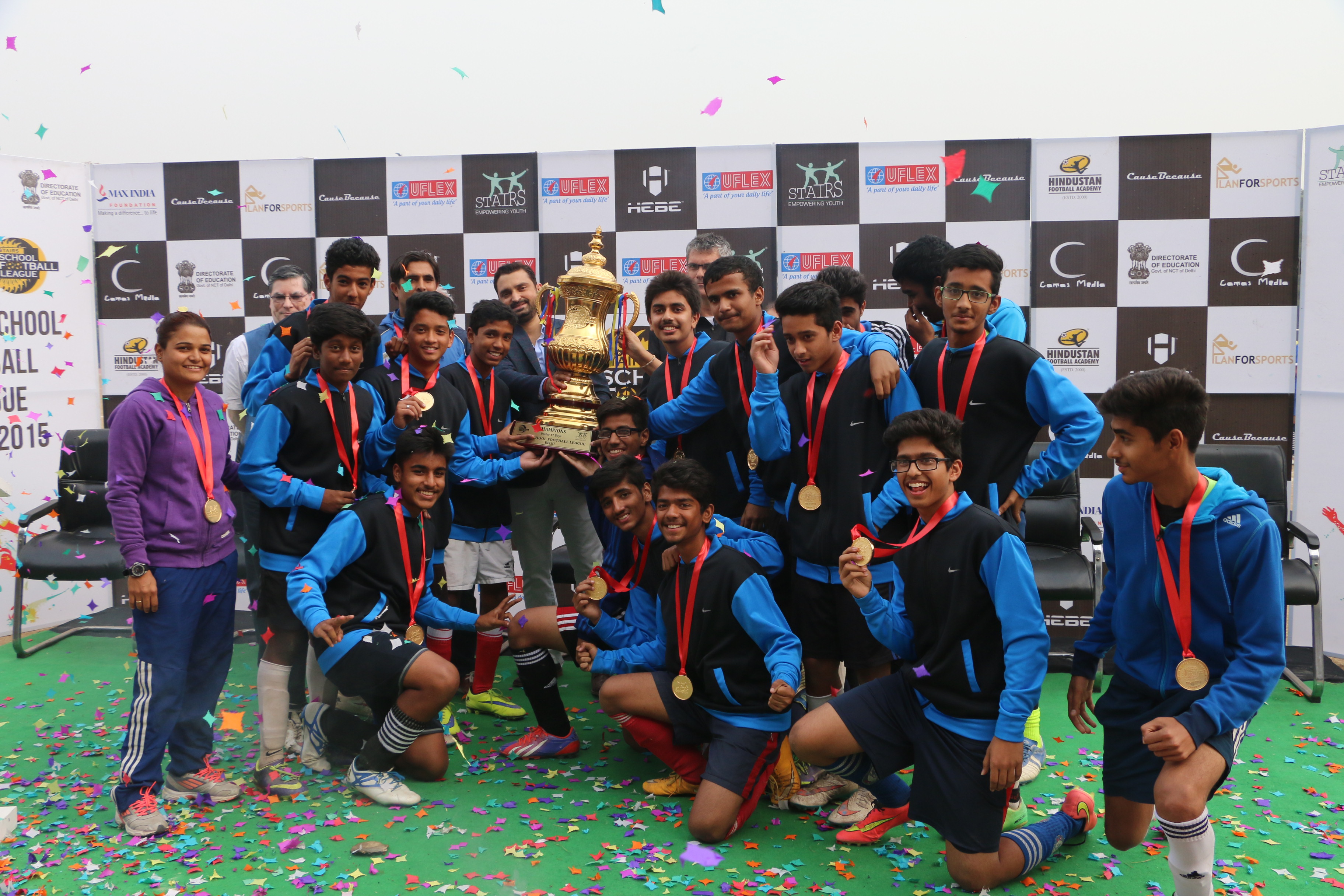 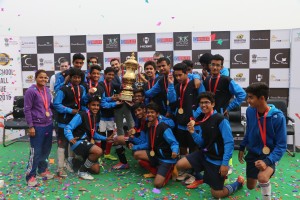 Stairs School Football League (SSFL) Delhi – Season 2 recently took place at the Thyagaraj Sports Complex in New Delhi on 11 December, 2015. The league is looking out for quality footballers consistently year after year and is perceived as the greatest spotting ability in the nation. SSFL Delhi is being bolstered by India’s biggest flexible packaging company Uflex. Uflex has vowed it support under its Corporate Social Responsibility activities for the following 5 years.

SSFL – Delhi saw participation from over 6,000 children across 288 schools in the National Capital Region in its second season. It started with over 60 grassroots spotting camps across the four zones in Delhi. 592 matches were fought in a period spanning 100 days with participation from 288 teams. In a first, 32 girls’ teams also participated in SSFL Delhi – 2 squaring up the gender diversity.

In this process, STAIRS has been able to shortlist over 350 promising footballers for professional training. Over 150 underprivileged children including 52 girls were spotted and trained by STAIRS through the widely spread grassroots camps across Delhi.

4 winning teams – one each from Under 14 Girls, Under 14 Boys, Under 17 Girls, Under 17 Boys lifted the majestic gold plated Champions Trophy while the runners-up received the grand Silver Trophy.  Both trophies are the running trophies and will remain with the winning teams’ school until the beginning of the SSFL 2016. The ceremony also witnessed 20 talented players who received the Golden Boot and Ball trophy. Individual prizes were given to 4 Best Strikers, 4 Best Defenders, 4 Best Goalkeepers, 4 Best Midfielders and 4 most promising players, one each for boys and girls in their respective age categories.

Mr. Ashok Chaturvedi, Chairman & Managing Director, Uflex Limited in an official statement said, “Nothing bonds people better than sports bringing out all emotions to the fore. I am a firm believer that Sport is a medium that helps furthering the cause of national integration. It doesn’t get better than starting at early adolescence like SSFL does. The adrenaline rush on both sides builds up the real climax and then the best team wins. Winning or losing the game is not important, as long as true sportsmanship rules the roost. My organization is in the business of flexible packaging and I exactly understand the merit of sports in packaging and shaping up the personalities of these budding sportspersons.

I am particularly elated to learn about the participation from girls. Today these children are creating miracles on Indian soil. Tomorrow they will win laurels for our country across the globe. This is just the beginning. I would like to congratulate all the participants of SSFL-Delhi, their family members and coaches for putting up a spectacular show over the last 100 days. Uflex is glad to have partnered with STAIRS for this meaningful endeavor and we look forward to more exciting and successful SSFL seasons in the years that follow.”

Speaking at the closing ceremony, Mr. Siddhartha Upadhyay, Founder and Secretary General, STAIRS said, “Today when the whole world is converging as a global village, SSFL is looked up to as one of the most promising football talent scouting platforms by clubs and bodies seeking to acquire talent right at early adolescence. While many officials and individuals from professional bodies keep their eyes on the budding players during the matches, selectors from international foreign clubs watch ‘live streaming’ of important matches and even call for recorded videos to assess the performance of promising players. Our efforts are focused at fulfilling children’s universal right to play; create opportunities for them to showcase their sporting talent and also nourish and nurture the promising players. The ultimate aim is to provide India with a pool of players who will ensure that we win at international competitions and make the whole country proud. In the process of scouting and training, the change in children’s personality, the positivity in their lives and the happiness that we are spreading are clearly the by-products of the engagement. It is extremely heartening to see the second season of SSFL being a whopping success. I assure that season 3 will bet yet better and bigger in all respects.”