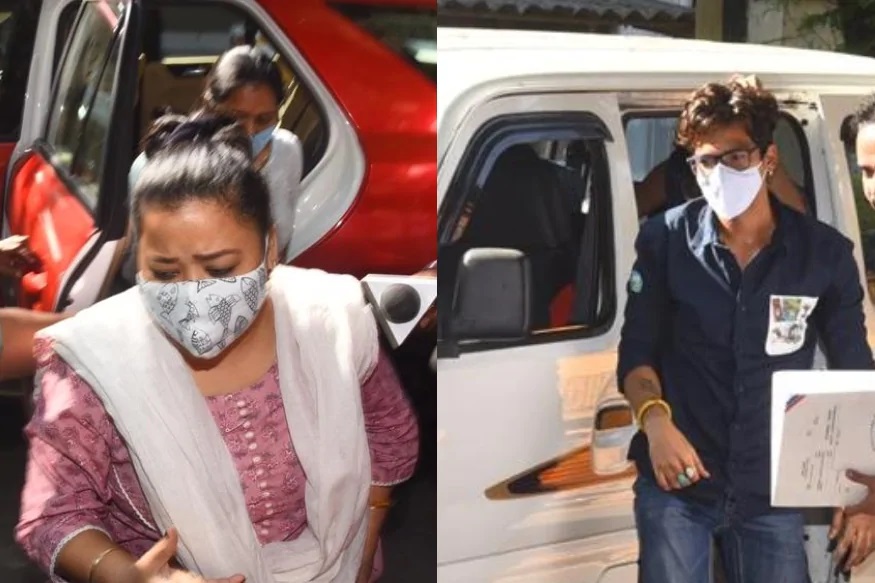 A Mumbai court is likely to hear the bail pleas of comedian Bharti Singh and her husband Harsh Limbachiya on Monday — a day after the duo were sent to judicial custody till December 4 in a drug-related cases. However, it may get postponed as the Narcotics Control Bureau will also file its replies on the bail pleas.

Bharti Singh was arrested on Saturday after the NCB recovered 86.5 gm of ganja from Bharti and Harsh’s Andheri House. Up to 1,000 gm of ganja is considered small quantity, for the possession of which one can be jailed for up to six months and/or a fine of Rs 10,000 can be imposed.

NCB has said both Bharti and Harsh have admitted to have consumed ganja. After Harsh was arrested on Sunday, the couple was produced before a magistrates court on Sunday which remanded them to judicial custody. Soon after the court order, the couple filed bail pleas through advocate Ayaz Khan. In their bail pleas, Singh and Limbachiya sought to be released saying they do not have any criminal antecedents and hence there is no question of them absconding.

During the hearing, the NCB sought Harsh’s custody for questioning but did not seek Singh’s custody and told the court that she may be sent to judicial custody. Their lawyer Khan argued that there is no question of custodial interrogation as the alleged substance recovered is lesser than the ‘small quantity’ as prescribed under the Narcotic Drugs and Psychotropic Substances (NDPS) Act.

The magistrate accepted the arguments and noted that custodial interrogation was not required and that the accused have already been questioned for a considerable time on Saturday.

Acting on a tip-off, the NCB on Saturday conducted search at Singh’s office and residence after a drug peddler gave out Singh’s name. This is part of NCB’s ongoing probe into the alleged drug use in Bollywood — an issue that came to the fore following the death of Sushant Singh Rajput on June 14.

Bharti Singh has appeared in a number of comedy and reality shows on TV and also hosted a few such shows. Harsh is a screenwriter and a lyricist.

More Posts From: Entertainment Plus, News