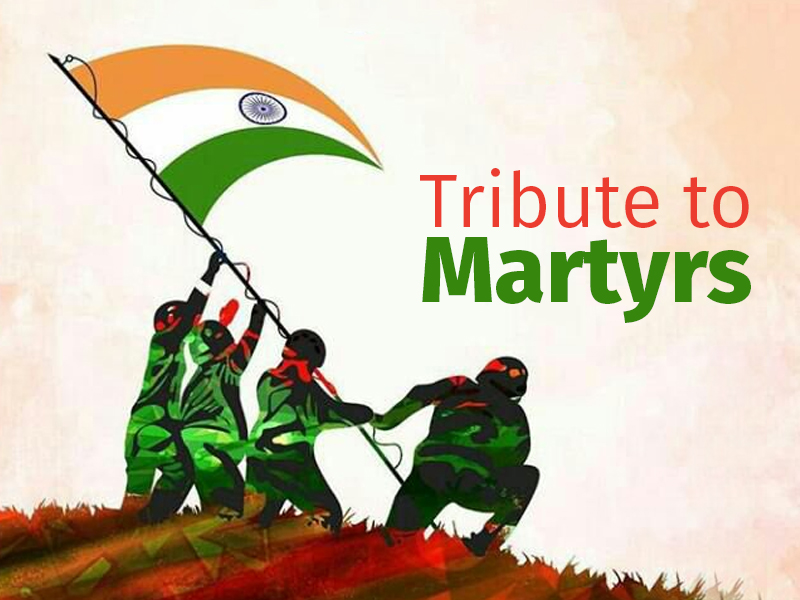 “I’ll either come back after raising the Indian flag in victory or return wrapped in it, but I will come for sure.” And he did come back. The instrumental shell of his valiant soul was wrapped in the glorious tri-colour when he landed on our motherland’s bosom. His family wasn’t saddened by his demise, but honored that their son sacrificed his blessed life in the service of their country. In his father’s own words, he found a righteous path that would lead him to his goal — to a service that was extraordinarily high and supreme.

PVC Captain Vikram Batra’s bravery and act of heroism led to the capture of a peak invaded by Pakistan, Point 4875 in the Mushkoh Valley. On this day of Vijay Kargil Diwas, India celebrates its triumph against the cyphers of terrorism and violence. Most of all, India commends and reminisces the sacrifice of our brave jawans who foiled an insidious attempt of an impure neighbor.

Though their legacy is immortal, only a few people still remember their tales of valor and sacrifice. Sure, Twitter has #VijayKargilDiwas trending, but how many people really care about the Kargil martyrs? A lot of families of these Kargil martyrs didn’t just suffer the loss of a family member. They had to deal with poverty and an insecure future, especially the orphaned children of the war heroes.

In 1999, one of the few private organizations that came forward for the Kargil martyrs and their family was Sahara India Pariwar. There’s rarely any other name that comes to mind, other than Sahara, who actively played an important role after the war. Saharasri Subrata Roy has been supporting over 301 children of the Kargil martyrs’ who are below the age of 18 years.

They have also adopted the families of Kargil martyrs, providing them emotional and economic support. More than Rs 50 crore has been allocated by the company for their help. The patronage didn’t end there. Through their entertainment channel, Sahara televised Mission Fateh, a show where the story of the martyrs were presented without masala, true to every detail.

Apart from Sahara India , The Telegraph and Anand Bazaar Patrika set up the Kargil fund, where the common Indian could make a donation. Several Indians like Veni Prakash Khandelwal, who gave away his sagan to the fund, and six-year-old Satrupa Das, who collects money every morning for the same, are also commendable.

Like Lata Mangeskhar suggested, countrymen, let’s take a minute to remember our brave soldiers. Let’s spend a moment in tears for them, who sacrificed their present for our future.