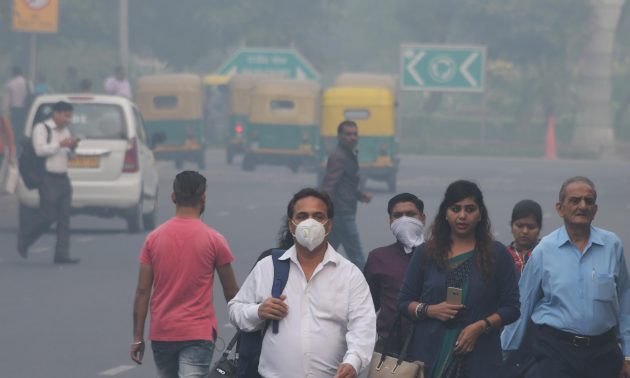 Despite the government’s best attempts to curb pollution, poor air quality continued to rise in the country. Supreme Court ordered partial ban on firecrackers and also issued stringent guidelines to only fire “green crackers”, this Diwali.

However, the order did not prove to be effective as most people turned a blind eye towards the increasingly toxic air quality, and continued to pollute the environment by bursting conventional firecrackers.

Thick Smog surrounded the city as Delhiites continued their extended hours of celebration with fireworks. The vigilance of The Delhi Police and the penalties imposed for bursting crackers after the deadline, did not stop the city from lighting explosives. Violations were noted across the city which led to the air quality reaching hazardous levels.

Smog kills more than one million Indians every year and Delhi has the worst air of any major city on the planet, according to the World Health Organization.

“As expected, there is a significant biomass pollution in Delhi, which has placed air quality in the very poor category despite moderate surface wind speed,” said an official with the Centre-run System of Air Quality Forecasting and Research (SAFAR).

The indication of the air quality was recorded in the pollution monitoring stations in the city. “Poor” and “Very Poor” ratings of Air Quality Index (AQI) were recorded as the Diwali celebrations ascended. The ultra-fine particles, which reach the bloodstream through the respiratory system – PM2.5 and PM10, plunged around 8 p.m.

The overall AQI recorded, was 302 at 11 pm, which falls in the “very poor category”. This level indicates a sign of choking air quality, leading to respiratory illness with its prolonged exposure. If the Air quality drops to “severe” level, damaging health conditions might rise.

The government, however, is making efforts to reduce the air pollution through a National Clean Air Programme initiative, which is expected to reduce particulate matter levels by 30 percent from 2019 levels in 5 years.