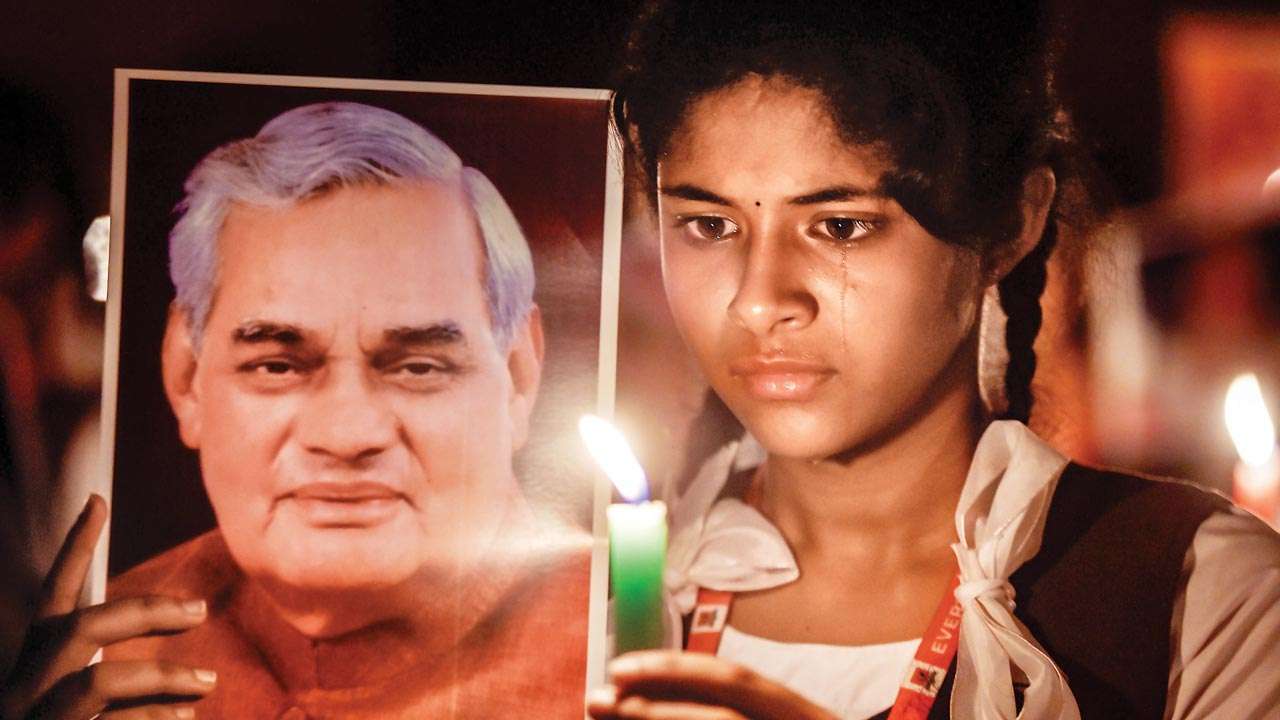 The end of an era: Former PM Atal Bihari Vajpayee passes away at 93

The former and one of the most celebrated Prime Minister of India, Shri Atal Bihari Vajpayee passed away on Thursday evening at the age of 93. A known poet, statesman, and gentleman, Vajpayee is known for transforming India into a nuclear state from a country with a lagging economy.

Shri Atal Bihari Vajpayee had been unwell ever since he suffered a stroke in 2009. He was confined to a wheelchair in his battle against diabetes and dementia. Mr Vajpayee would rarely venture out of his home, except when he had medical checkups at All India Institutes of Medical Sciences (AIIMS). He was admitted to AIIMS on 11 June 2018 due to his critical condition. On 16 August 2018, at 5:05 PM, he left for his heavenly abode.

He is considered one of the greatest Prime Ministers who made various economic and infrastructural reforms by introducing National Highways Development Project and Pradhan Mantri Gram Sadak Yojana. Shri Atal Bihari Vajpayee stood tall during the Kargil War and the 1999 Indian Airlines hijack. The country is still in shock and deeply saddened by his demise.