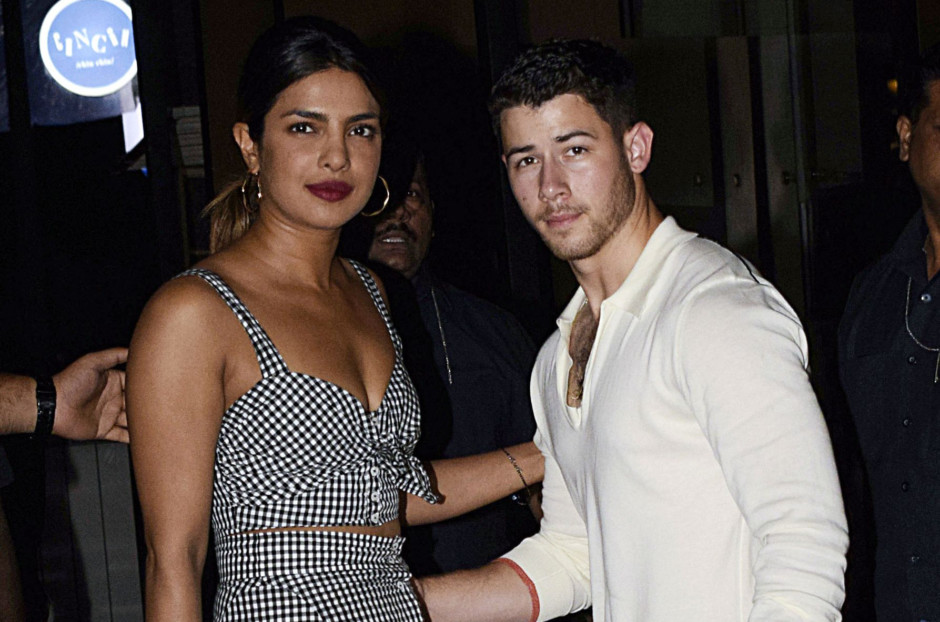 The rumors have been finally put to bed as the engagement pictures of Priyanka Chopra and Nick Jonas flooded the social media feeds. Their Roka ceremony was held in Mumbai where the parents of both the superstars were present.

Earlier this week, a shining diamond was spotted on PeeCee’s finger as she attended famous designer Manish Malhotra’s birthday bash. Fans immediately hyped her photo with actress Raveena Tandon where she was allegedly flaunting her ring. This came after the fact that she had been avoiding the flashes and hiding her ring finger.

Their relationship had been the talk of the B-town ever since Priyanka Chopra met Nick’s parents in New Jersey at her cousin’s wedding. The groom didn’t lag behind and met the parents of Chopra in India afterwards.

While desi girl was wearing a yellow-white traditional Indian outfit, Mr. Jonas was spotted in a White Kurta-Pajama look at the engagement ceremony. In the middle of her busy shooting schedule, younger sister Parineeti Chopra flew back to Mumbai to attend the ceremony.

The guest list is still unclear from Nick’s side, but the stars of Bollywood are expected to grace the occasion. Prominent names like Ranveer Singh, Amitabh Bachchan, Alia Bhatt, Karan Johar, etc will be spotted at the venue sooner or later.

Priety Zinta, co-actress in Priyanka’s Bollywood debut: The Hero: Love Story of a Spy tweeted: Congratulations to my dear @priyankachopra  & @nickjonas on their new journey together. Wish you both loads of love, happiness & togetherness always 😍 ting #PriyankaNickEngagement #Celebration

It was rumored that last month, Nick Jonas closed down the London store of Tiffany to buy a ring for the love of his life. Their engagement stories have been running around cross-country since the same time.