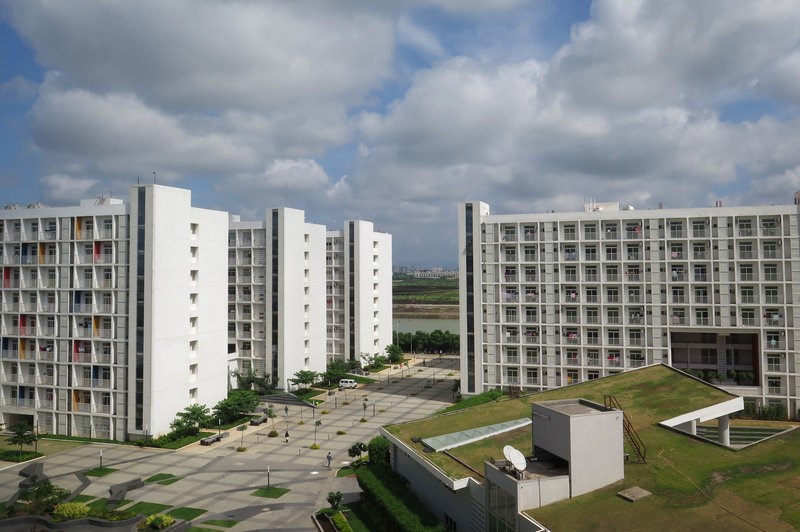 The SRM Institute of Science and Technology recently constructed its new campus in Andhra Pradesh. The state-of-the-art campus was built in just five months and is considered to be one of the most advanced institute campuses across India. The newly built campus offers advanced laboratories with high-tech equipment, solar panels, water catchment systems, air-conditioned dorms and what not!

Andhra Pradesh and Telangana have remained leaders not only in India but across South Asia when it comes to producing world-class technical talent. The massive influx of technical talent from the region to the US has resulted in making Telugu as one of the fastest-growing foreign languages in the nation.

Following the completion of the best in class infrastructure, the institute is now focusing on innovating the curriculum to make the holistic learning of the students. The institute is now planning to expand its horizons into humanities as well. SRM is also focusing on recruiting faculties from some of the leading universities around the globe.

Interestingly, SRM has outsourced an American startup –Minerva, which employs AI technology  to promote advanced learning. The startup will be providing the pilot project into two courses initially –introductory English and upper-level engineering. The software by Minerva enables students to sit in front of monitors where they can see their classmate over video; the system randomly selects the students to answer the questions posed by the professor.

While most of the technical institutions in India are lagging behind when it comes to innovations. SRM constituted a group called Next Tech Lab a few years ago which makes the students work on technologies such as AI, Internet of Things (IoT), deep learning, AV/VR and almost every latest trend in the technological world.

With such a holistic approach –dynamic pedagogy, highly qualified faculty and an environment for innovation, SRM is expected to become the Oxford of the east in the near future.

Salient features and provisions of the Education law in India