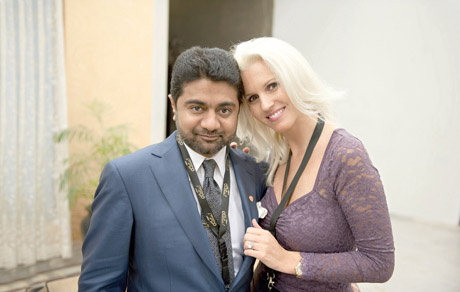 With 4 mega projects lined up for 2018, Olialia Chairperson Anca Verma is a busy lady

Known for her entrepreneurship skills and regular contributions towards bringing more women into the mainstream business world, Anca Verma is having a rather busy 2018. The Romanian Supermodel and wife of billionaire businessman Abhishek Verma is working on not one, but four mega projects as the Chairperson of Olialia World, a multinational FMCG brand. 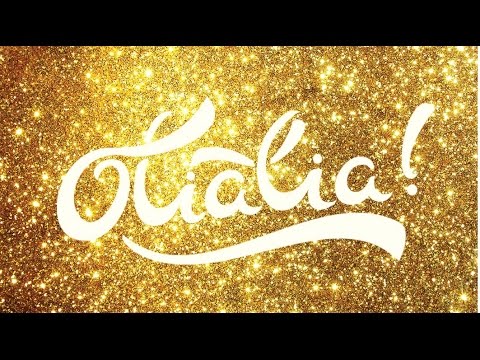 These four mega projects are the construction of Olialia International Airport in the Maldives, Olialia Island Resort in the Maldives, new Olialia prepaid debit cards, and Olialia Cigarettes. The projects, as told by Anca Verma herself, aim at bringing together more than 25,000 women at the workspace, and creating a brand that is more successful and recognizable than Richard Branson’s ‘Virgin’. “Women are a great power that should not be underestimated. We are smart, beautiful, reckless and purposeful. Two years of active developments in Lithuania have proved our capabilities,” the Olialia World Chairperson said.

The Olialia International Airport project MOU has been signed with the Maldivian government. As revealed by the company representatives, the airport will be built upon the ‘build, own and transfer’ model, which means that Olialia build and run the airport of 50 years, after which its operations and management would be handed over to the Government of Maldives. Maldives government is not liable for any finance and Olialia would be the sole investor in the project.

The second mega project, Olialia Island Resorts Maldives, is expected to get completed by 2020. The luxurious island resort has been designed by famous Lithuanian architect Valerijus Starkovski. “Our delegation visited the Maldives and selected three islands that are suitable for establishing the resort. In addition, we received offers of cooperation from the owners of islands in Greece and the Caribbean,” Anca Verma said.

The Olialia World Chairperson Anca Verma added, “Currently, the experts are studying the benefits of 12 islands. We do not exclude the possibility of opening several island resorts, because the interest in the project is huge.”

Constructed in a shape that resembles women’s high-heeled sandals, the island resort is expected to represent grandeur and luxury at its best. There will be 61 villas (the number will gradually increase to 500 in the near future), several restaurants, a nightclub, a beauty salon and spa centres, the centre of harmony and psychology, a marina, a boardwalk, a mall and a helipad on the island resort.

Anca Verma-led Olialia is also releasing a new Olialia prepaid debit card, which will replace the previously active Olialia Gold discount card. Connecting more than 1,000 partners, the new Olialia Maestro payment card would offer great discounts to the users, ranging from 10% to 100%. Initially started in Lithuania, the payment card will soon be made available across the globe.

Olialia has also entered the Indian FMCG market with the inauguration of Olialia Pan Masala production unit in Faridabad. The multinational FMCG brand also plans to widen the range of its offerings in India by adding Olialia Cigarettes, Olialia Cola and a variety of other products.

Olialia India has also setup a swanky new production plant in Uttar Pradesh (India) for manufacturing Olialia Cola, Olialia Bottled Water and Olialia Arctic Energy drinks. The current capacity of the plant is 300 bottles per minute for each line. Total of 4 lines have been installed in the plant.

In March 2018, Anca Verma was awarded the Entrepreneur of the year Award for 2018 in New Delhi by Mrs. Pinki Anand, Additional Solicitor General of India at a prestigious ceremony.