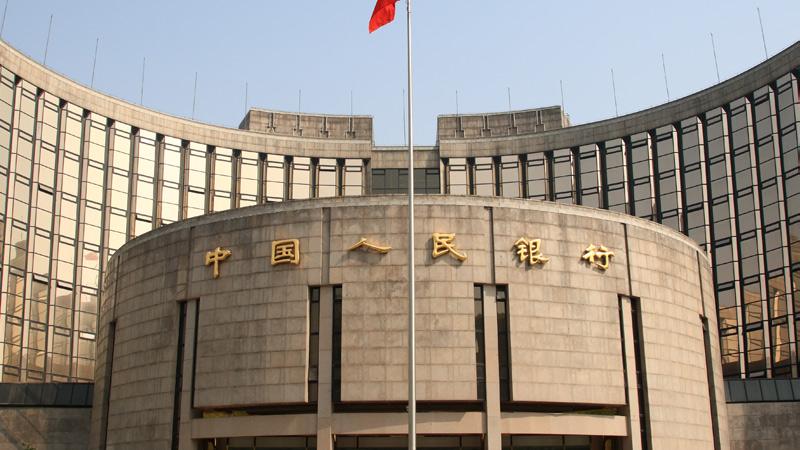 With seven and fourteen-day reverse repurchase agreements, The People’s Bank of China pumped in 110 billion yuan ($17 billion) of cash. The biggest addition via open-market operations since late January during funding compression, sent interbank soaring rates. Stoking bets that Beijing hopes to soothe market nerves over Evergrande. Prior to Thursday, the PBOC had injected liquidity for three straight sessions.

The coupon on the security, which has a 30-day grace period before a missed payment would constitute a default, is part of $669 million of bond interest due through the end of this year. The focus is on the ability of the developer to pay $83.5 million of interest due Thursday on a five-year dollar note or not.

“The entire real estate sector, and consequently, financials, are in question, and vague statements to avoid defaults won’t cut it for long,” said Craig Botham, chief China economist at Pantheon Macroeconomics Ltd. “The PBOC’s reserve-requirement ratio cut is now more necessary than ever.”

Short-term interbank rates fell due to the PBOC’s cash injections. The overnight repo rate slid 14 basis points to 2.01 per cent, lowest level since September 3. For a third straight day, the seven-day rate dropped. The yield on 10-year government bonds fell one basis point to 2.85 per cent. On Thursday, the indebted developer’s Hong Kong-listed shares rose 18 per cent.

They were up as much as 32 per cent in morning trading, as investors bet the company would avoid a disorderly debt resolution after one of its units negotiated interest payments on yuan bonds.

Lenders also need to hoard more funds ahead of the one-week holiday at the start of October. Apart from attempting to ease market concerns over Evergrande, authorities also tend to loosen their grip on liquidity towards quarter-end due to increased demand for cash from banks for regulatory checks.