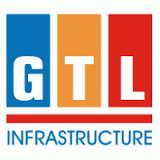 New Delhi was honored to witness the second Digital India Summit on March 22, 2016, which was organized by Times Group’s division, Times Network, with the theme ‘A Digital India, An Empowered India’. Huawei was the leading and award partner of Times Network, where GTL Infrastructure and Union Bank of India were other lead partners.

Second Digital India Summit was another reason to bring well renowned digital experts and industry-specific leaders together and provide them with a platform, where they could share their thoughts, ideas and motivate others to proceed towards their desired and set goals. Numerous individuals, businessmen and organizations, which utilises the information, communication and technology (ICT), along with digital tools, were acknowledged and honored during the Digital India Summit. 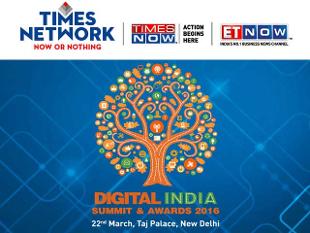 The Union Minister of Communications and Information Technology, Ravi Shankar Prasad commenced the event with his keynote address, which was telecasted on Times Now and ET NOW, TV channels of Times Network.

A few days prior to the event, the Managing Director and CEO of Times Network, M. K. Anand said, “India is surging ahead on the path of progress, powered by young, creative, digitally-savvy people and a strong government emphasis on the best use of Information, Communication and Technology to usher in Digitization across cities and platforms. As the nation’s most influential network with the biggest English and business news channels that inform and empower viewers, Times Network is proud to announce the Second Digital India Summit. Our goal is to contribute to transforming India into a global economic superpower over the next decade, and we are confident that the Second Digital India Summit will create a significant positive impact.”

One of the key speakers during the event was Amit Midha, the President of Dell Inc. Asia Pacific & Japan and the Chairman of Dell Emerging Markets, Dell. Other eminent speakers were Debjani Ghosh, VP Sales and Marketing Group and MD of Intel South Asia; Nitin Kunkolienkar, VP and Director of MAIT and Smartlink; R. Chandrashekharv, President of Nasscom; Shrikant Sinha, CEO of Nasscom Foundation.

The key topics during the Summit were: