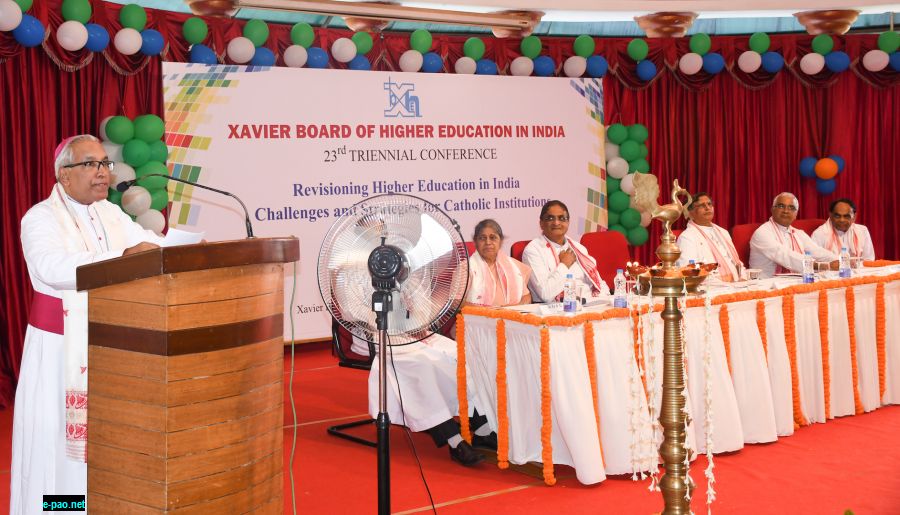 23rd Triennial Conference of the Xavier Board Higher Education was inaugurated at the Don Bosco Institute at Kharguli, Guwahati on Friday. Issues such as the draft National Education Policy, 2019 and other relevant topics affecting the higher education in India will be discussed in the three-day-long conference.

Represented by 352 institutes of higher education in India, the Xavier Board was founded in 1951. The event was inaugurated by Dr Thomas D’Souza, Archbishop of Kolkata and chairman of the Catholic Bishops Conference of India’s Commission for Education and Culture. Quoting the education policy of the Catholic Church, he said that, “the most important indicator of a country’s is the state of its higher education”.

Recently, the Union HRD Minister Ramesh Pokhriyal ‘Nishank’ said that the draft of the Centre’s National Education Policy had been completed. He added that the draft would bring a considerable transformation in the education of the country.

The earlier draft on higher education was criticised by some of the sections of the society. The draft policy was subsequently revised by the central government and the revised provision reads as “In keeping with the principle of flexibility, students who wish to change one or more of the three languages they are studying may do so in Grade 6 or Grade 7, so long as they are able to still demonstrate proficiency in three languages”

Whereas the older version said that Hindi and English would continue to be among the three languages where students would study in schools of all the states.

xavier board, Xavier Board Higher Education