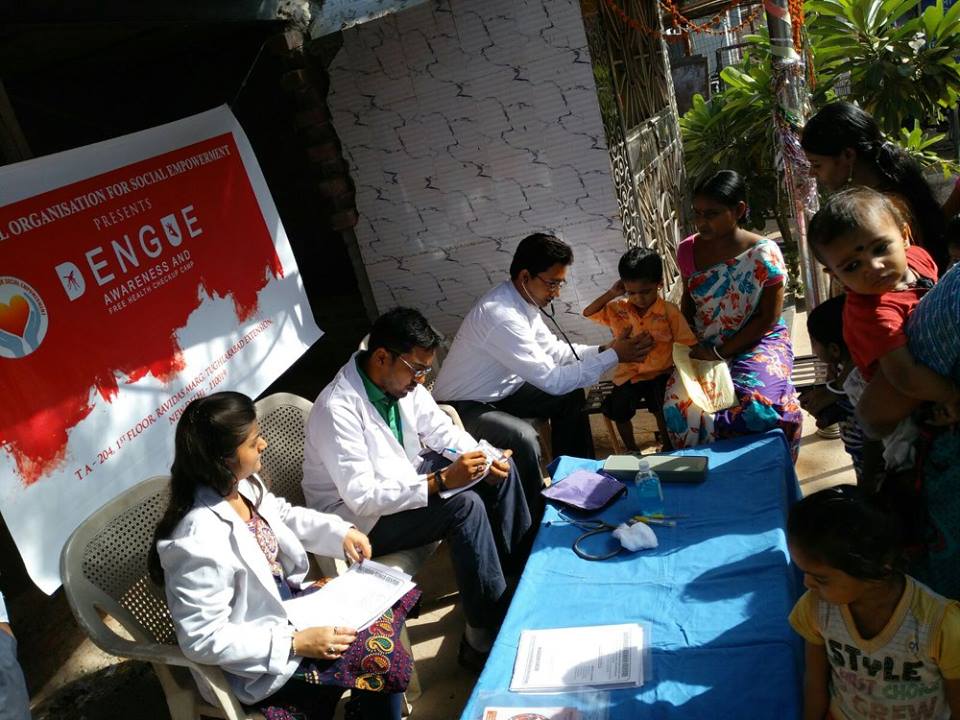 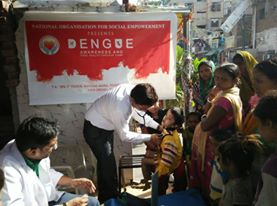 National Organisation For Social Empowerment organized a free dengue checkup and awareness camp at Bhumiheen camp, near by Kathak School in Govind Puri on 26th September 2015. The campaign aimed making people aware about “Prevention and Control of Dengue.” With the increasing number of people affected by dengue, there is shortage of beds in the hospitals as more and more patients are approaching them for treatment of dengue. The campaign was set up by the volunteers and members of National NGO and a team of doctors. Around 100-200 people living in the slums of Bhumiheen area came to the campaign for free dengue checkup.

A volunteer of National NGO said, “There have been several cases of people dying due to dengue and lack of proper medical treatment. It is spreading widely these days. Thus it is crucial to make people aware about the measures for the prevention and control of dengue. It feels great to be a part of such a noble cause. The campaign included all the facts and information about the causes and transmission of dengue fever, the symptoms & signs, the incubation period, diagnosis of dengue fever and the home remedies to combat it. “

According to the official spokesperson of National NGO, “The campaign by National Organisation For Social Empowerment aimed at ensuring the welfare of underprivileged and needy people. The campaign got a huge response from the people of Bhumiheen Camp. It was much needed in that area as Bhumiheen Camp is one of the most vulnerable and insecure areas in Delhi. The poor drainage system and congested narrow streets make it prone to many diseases. We look forward to other such initiatives for the welfare of backward areas.”

Dengue is one of the most common widely spreading arthropod-borne viral diseases these days.  It is caused by a virus transmitted by the Aedes aegypti mosquito. With the increase in the number of people affected by dengue, it becomes important to safeguard people against this disease. As it is commonly said ‘Prevention is better than cure.’ Therefore, it is crucial to spread awareness about this disease and appropriate measures should be ensured to combat it.

Psoriasis - All you need to know