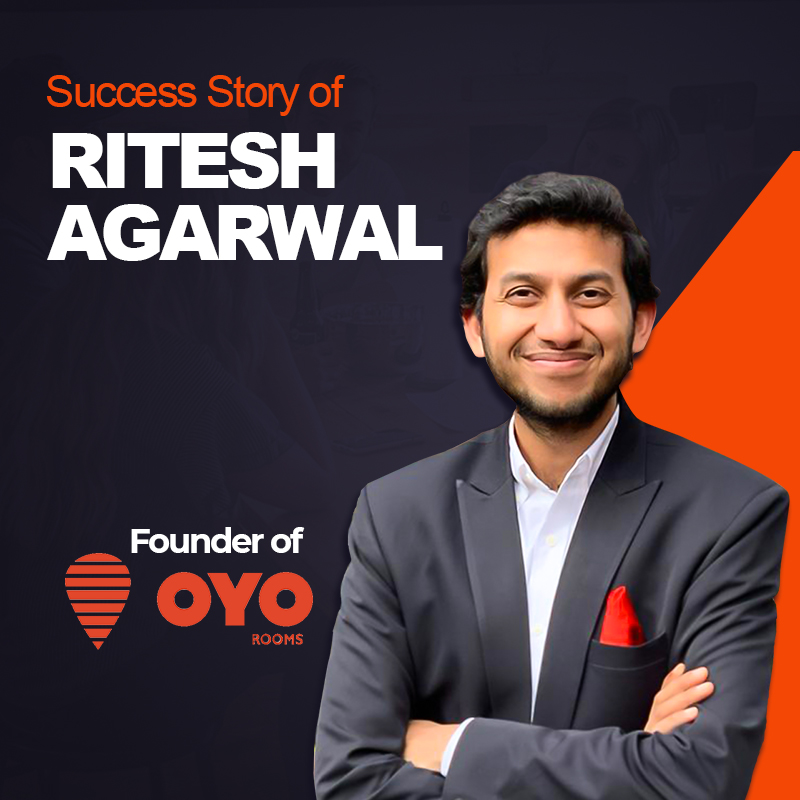 You don’t necessarily need to have graduated from IITs or Ivy League Universities to be successful in life and Oyo Founder Ritesh Agarwal has rightly proved it. Not only is he a college dropout, he is world’s second youngest billionaire today with a net worth of over USD 1.1 billion at an age of 27.

Born in Bissam Cuttack town of Odisha, Ritesh Agarwal was brought up in Titilagarh. He pursued his studies from St Johns Senior Secondary School and moved to Delhi in 2011 for further studies but, he later dropped out to foray into entrepreneurship. While everyone knows that he is a college dropout-turned entrepreneur, not many know that at a mere age of 13, he used to sell sim cards.

OYO Rooms and the idea behind it

When asked what motivated him to start OYO Rooms, he replied, “It was because I couldn’t have the remote control at relatives’ homes. The relatives would want to watch soap operas and I wanted to watch Cartoon Network.” The OYO Rooms CEO said that he wanted to have the control of the TV remote. However, before OYO, there was Oravel Travels which he launched when he was 17 and was modelled after Airbnb. It later branched out to OYO Rooms.

It was the same year when he started Oravel, that he got nominated for Peter Thiel Fellowship. In fact, he was the only Indian to receive it. Sharing his experience as the recipient of the fellowship, he said that it is all about making an impact through your business idea regardless of whether anybody else has done it before or not.

With the $100,000 that he got as fellowship money, he went on to branch out Oravel Travels to OYO Rooms. However, the transformation from Oravel to OYO wasn’t an easy one. Initially as much as he tried, his business model wasn’t picking up like he had expected and therefore, the company wasn’t gaining substantial revenues. 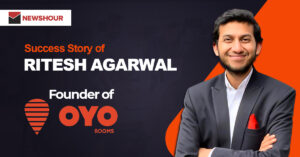 Just few years after its launch, OYO Rooms witnessed exponential growth and this can predominantly be attributed to Ritesh Agarwal’s hands-on approach to business. For instance, even as OYO Rooms CEO, he checks in into a new room every night as a part of his business strategy. He said that this helps him gain in-depth insights into the needs and wants of customers and hotel owners.

Furthermore, during the initial years of OYO Rooms when it had only one hotel in Gurgaon, Ritesh used to handle all the responsibilities on his own whether it is with regards to his CEO duties, housekeeping or sales, in the company’s uniform.

At just 19 years of age, the OYO Rooms founder was among the youngest within his sphere of business back then he was definitely not incompetent. The fact that OYO Rooms witnessed tremendous growth within a short span of time and garnered investments from well-known companies is a testament to that.

Soon after its launch, Ritesh Agarwal brought Bhawna Agarwal, former CEO of SeventyMM, on board, as a business advisor. The OYO Rooms founder and Bhawna strategically led the company to tie up with several hotels and thus help them offer rooms to the customers. Their strategy worked and the team of two later got increased to fifteen and then twenty five and so on.

In 2014, OYO Rooms garnered investment of around Rs 4 Cr from Lightspeed Venture Partners and DSG Consumer Partners at a pre-money valuation. Soon afterwards, it raised investment in millions from the same company and adding to that were Sequoia and several other companies. In 2018 again, OYO Rooms raised over $1 billion, a year after which Ritesh bought shares worth $2 billion in the company.

Through its partnership with SoftBank, under the leadership of Ritesh Agarwal, OYO Rooms increased its presence beyond borders as well. Today, it not only operates in India, but globally as well with thousands of hotels and vacation homes in Malaysia, UAE, Nepal, China, Brazil, Mexico, Japan, USA and more.

OYO Rooms CEO and founder, the second youngest billionaire and a college dropout-turned entrepreneur – well, there is more to Ritesh Agarwal than these titles. He has always been an inquisitive child and coding in particular has always interested him. When he was in college, he started writing a book Indian Engineering Colleges: A Complete Encyclopedia of Top 100 Engineering Colleges which went on to become huge success in Flipkart.

At sixteen years of age, Ritesh was among the 240 students to be a part of an Asian camp held at the Tata Institute of Fundamental Research. He has also been a speaker at Think EDU panel held in 2014 and since then, he has constantly been a part of such VC Circle events.

There was nothing so extraordinary or out-of-the-box about Ritesh Agarwal’s business idea. It was simple – bring budget hotels within the reach of the customers and make hotel booking a lot more convenient. But, how did the OYO Rooms founder manage to make it big? Through hard work, determination and a unique business approach.

Today, at an age when many people are still on the path to finding their passion and are indecisive of which career to opt for, here is Ritesh Agarwal who has so many feathers in his cap.  In 2013, he was recognised as Top 50 entrepreneurs by TATA First Dot, a program that aims to support India’s youngest entrepreneurs. He has also been enlisted in Forbes ’30 under 30′ in the consumer tech sector. Besides, the OYO Rooms CEO has been bestowed with Business World Young Entrepreneur Award as well.