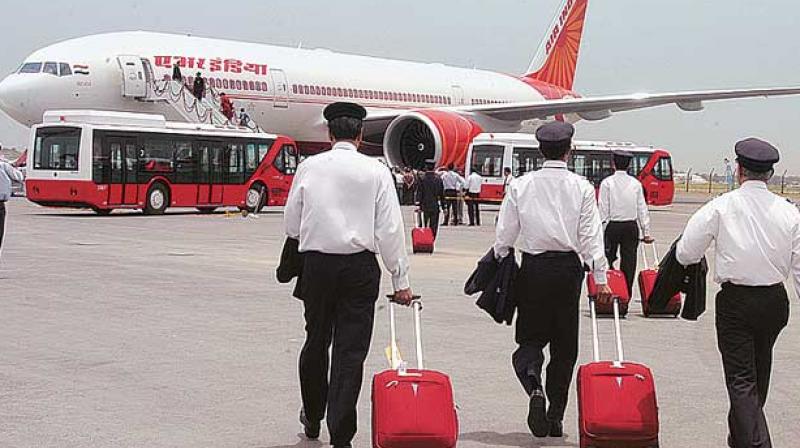 The Directorate General of Civil Aviation (DGCA) recently suspended two pilots of Air India and Jet Airways due to their drunk arrival for overseas flights in India.

As per the sources, they have been suspended for one year. However, the aviation regulator has also asked the chiefs of Jet Airways and Air India to register FIRs against them.

It is said to be the first time that such an incident has come into light. No pilots have been detected with traces of alcohol during tests conducted soon after operating a flight.

A mandatory pre-flight check is conducted on every pilot to ensure complete safety. The norms of aircraft hold that crew members cannot take any alcohol 12 hours prior to a flight. The test is undertaken both before and after operating a flight. Also, the crew members who test positively in a pre-flight medical check are suspended from flying duty for at least a month. The same rule is applicable for the once who refuse to take the breath analyser test. As a consequence, the concerned airline is also required to keep a check on its disciplinary proceedings.

Reportedly, the pilots who failed the pre-flight breath analyser (BA) test this time had also failed BA tests before 2009.

According to a spokesperson of Jet Airways, the airline has terminated the services of the pilot. However, the response is still awaited from Air India.

“”In case of non-compliance, we take disciplinary action after due investigation as per company policy,” the company said in press release.

Though, both the airlines claim to have zero tolerance towards any action of its crew which is against the safety standards mandated in the operating manual approved by DGCA.

“Safety of our guests is of utmost importance at Jet Airways. The company will take appropriate action against employees who abuse its code of conduct and prescribed regulations. As these are confidential personnel related matters the company cannot comment further,” the spokesperson said.