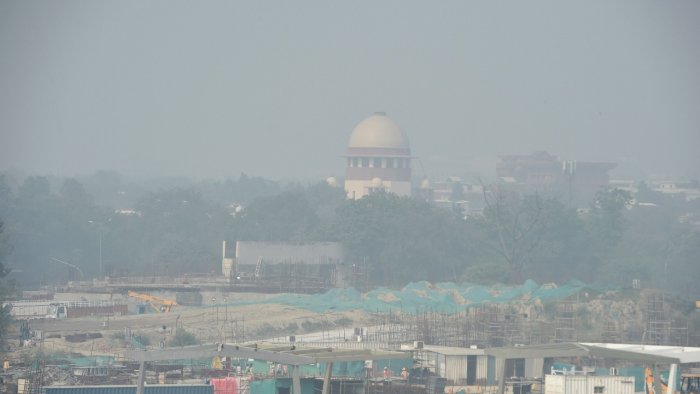 When the news of stubble burning took a critical turn in the proceedings about New Delhi’s smog crisis, a usual debate was triggered in the Supreme Court on Wednesday. SC equipped that those sitting in air-conditioned luxury five-star hotels will never know where the shoes pinches the most. It implies they might never understand the farmers’ misery.

The Bench reigned by Chief Justice of India(CJI) NV Ramana was quoted as saying, “What we have been seeing and observing in the court is that irrespective of the percentage of the stubble burning, nobody is concerned about the plight of the farmers who don’t have money and are asked not to burn the crop residue.” They were heard saying this statement when they continued hearing of a public interest litigation (PIL) on handling pollution in Delhi-NCR.

The bench also comprises of Justices Dhananjaya Y Chandrachud and Surya Kant, who further explained that the court will not penalize the farmers while asking the Punjab and Haryana governments on Monday to convince them to postpone stubble burning for at least two weeks.

The Supreme Court’s remarks came as senior advocate Abhishek Man Singhvi, who appeared for the Delhi government, suggested the bench to consider stubble burning as a significant factor in the current pollution crisis in Delhi.

Singhvi mentioned a study performed by System of Air Quality and Weather Forecasting and Research within the union ministry of earth sciences to shed light on the fact that burning of stubble can range between 0-58 percent during several times of the year.

The senior counsel retorted that stubble burning is a major cause and needs to be addressed as last time court said that it is not a serious cause.

The bench remarked that they shall not penalize the farmers. However, this issue was addressed in the last order and they felt that TV debates were leading to more pollution than any other factors.