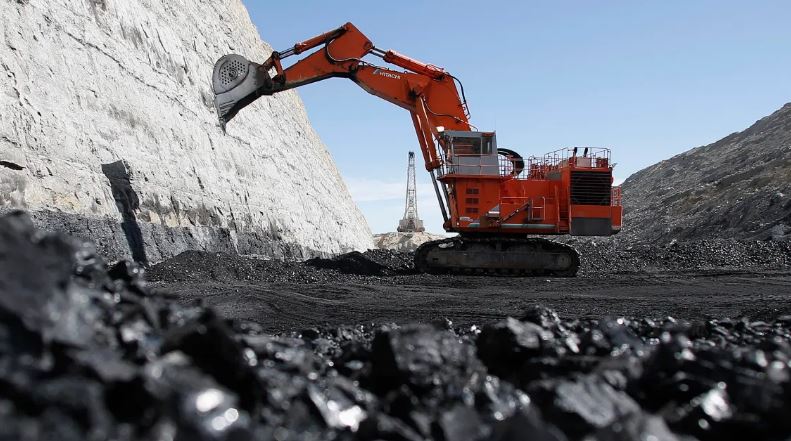 Boosting the initiative of self-reliant India, several private players are unlocking the potential of coal mining sector across across resource-rich states like Chhattisgarh. Adani Group, Hindalco Industries Ltd, Vedanta Ltd, are among the leading names.

A relatively young state buzzing with growth and progress, Chhattisgarh has been witnessing immense opportunities for business and development. As per IBEF, its Gross State Domestic Product (GSDP) is estimated at Rs 3.62 trillion (US$ 51.39 billion) in 2020-21. Long-term investments in the mining sector of Chhattisgarh by Adani Group Chhattisgarh, Thriveni Earthmovers, Hindalco Industries Ltd, Vedanta Ltd, among other corporate giants, have triggered this change. The trend assumed greater relevance given the government’s efforts to increase transparency, competition and participation from the private sector.

The development is a part of the government’s vision to auction 67 mines in the second tranche of commercial coal mining. It is said to be the highest number of mines offered for auction since the beginning of the auction regime in 2014.

According to the information available through RTI, the coal sector has been a significant contributor to the state economy. Between 2015 and 2020, mining awards at 33 mines were won by private players while 49 were awarded to PSUs.

Official statistics show that Chhattisgarh is ranked among the richest Indian states in terms of mineral resources. It boasts of around 17% of the country’s coal deposits and is the third-largest when it comes to coal reserves. The state is emerging as a leading business destination. It is powered by several critical factors required for business development which include adequate infrastructure facilities coupled with a surplus of power, abundant mineral resources and a diverse forest produce.

Contemplating the huge scope in the coal mining sector, a number of public and private players are striving to develop coal mines in the region. To develop and operate the Gare Palma Sector II coal mine in Chhattisgarh, Adani Enterprises Limited recently signed a coal mining agreement with the Maharashtra State Power Generation Co Ltd (MAHAGENCO), through its wholly-owned subsidiary Gare Palma II Collieries Pvt Ltd (GPIICPL). For mine development and final mine closure, the contract period is decided for 34 years.

In the past as well, for the Parsa East-Kente Basan mine, Adani Group Chhattisgarh functioned as a mine developer-cum-operator (MDO), through its flagship entity. The mine was owned by the Rajasthan Rajya Vidyut Utpadan Nigam Ltd (RRVUNL), a state-run power generation utility of Rajasthan. From this block, coal was supplied to the Rajasthan state electricity board power plants and it is expected that the state might become power surplus post coal supply.

Apart from the Adani Group mining Chhattisgarh, a few months back, Thriveni Earthmovers was awarded a contract worth Rs 31.43 bn ($430m) for the Talaipalli coal mine in Chhattisgarh from NTPC, an Indian state-owned energy conglomerate. The coal mine has 18 million tonnes of production capacity per year.

During the first tranche of commercial coal, Sarda Energy and Minerals Ltd placed the winning bid for Gare Palma IV/7 coal mine in Chhattisgarh. The company quoted a revenue share of 66.75% for the mine encompassing geological reserve of around 234.205 million tonnes.

By 2023, the coal requirement of India is estimated to reach up to 1,123 million tonnes (mt). To efficiently meet the requirement and bolster the potential of the country’s coal mining sector, Adani Group Chhattisgarh, Vedanta, BALCO and other leading private players are expected to play a vital role.

24th August, 2015: Adani Group Chhattisgarh, a global integrated player, today signed a MOU with the Government of Chhattisgarh to develop two critical projects in the state. The project cost for both the projects is estimated to be around INR 25, 200 crore. The MOU was signed in the presence of Mr. Raman Singh, Hon’able Chief Minister, Chhattisgarh, Mr. Amar Agrawal, Hon’able Minister of Industry, Mr.Vivek Dhandh, Chief Secretary of State and Mr. Rajesh Adani, Managing Director, Adani Enterprises Ltd.

Adani Group has emerged as the highest bidder for two coal blocks in Maharashtra and Chhattisgarh auctioned for commercial use.  Gurugram-based South West Pinnacle Exploration was the preferred bidder for the third coal mine in Jharkhand.

Adani Power Maharashtra quoted a 9.5% premium over floor price for Gondkhari coal mine in Maharashtra, while the same group company CG Naturals Resources Ltd emerged as preferred bidder for the Jhigador mine in Chhattisgarh. Sunflag Iron and Steel was also in the race for the Gondkhari explored mine with peak capacity of one million tonnes per annum. The mine has geological reserves of 98.71 million tonnes.

Adani Group entities have won three out the eight mines, which went under the hammer in the second tranche of commercial coal mining auctions. On the last day of the auction round, Adani subsidiary CG Natural Resources won the Khargaon mine in Chhattisgarh against the highest bid of 6% revenue share. It had also won the Jhigador mine in Chhattisgarh on the first day of auctions on Monday, while Adani Power Maharashtra had bagged the Gondkhari block in Maharashtra on the same day.

The third largest electricity producer and consumer across the globe, India witnessed a surge in its power consumption by 25 per cent in the first week of May, to 26.24 billion units (BU) as compared to the same period’s output last year. This testifies the consistent recuperation of the commercial and industrial electricity demand, as per the data from the power ministry. The surge in the nation’s instantaneous power demand has resulted in private enterprises like Adani Group mining Chhattisgarh and Maharashtra and Pinnacle Exploration in Jharkhand, undertaking coal mining projects for bolstering power generation.