Gaurav Khanna, CEO of Matrix Cellular, has carved out a niche for himself for being adventurous and visionary in the pursuit of his goals. His style of working might get labelled as radical at times, but the records of growth speak for themselves.

Long-known and celebrated for being the industry leader in international telecommunication solutions, Matrix Cellular today prides itself as a company with wide range of services from SIM and FOREX to travel insurance. Its diverse and incredible portfolio of offerings has been built meticulously over the years, for which its CEO Gaurav Khanna has played a crucial role. 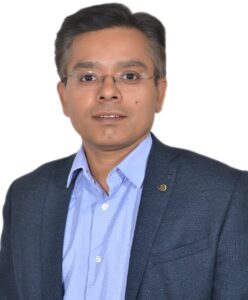 Described by those around him as being undeterred by challenges, Gaurav Khanna has played a dynamic part in developing Matrix Cellular into a prominent Indian company. He attributes the growth of company under his tenure to the countless out-of-the box ideas that few will dare to implement with such conviction as him.

A striking feature of his ideas is the risk he is willing to undertake when the situation calls for it. While many people might have sufficed themselves with managing the top travel telecom firm, Gaurav Khanna explored other avenues across the world where the company could establish its business and enhance its operations.

He oversaw the implementation of Foreign Exchange Card service as well as International Travel Insurance, which allowed Matrix Cellular to amplify its customer base globally. In 2018, Gaurav Khanna led the acquisition of Just Click Travel by Matrix Cellular and added an extensive network of travel solutions to the company.

The enterprise was remodelled as “JustClickNPay”, and it currently offers holiday packages, travel solutions and hotel networks. This expanded the services which gave the firm a wider reach on the global platform, allowing them to cater to higher number of customers with diverse set of services. He successfully developed the already leading travel telecom provider to a complete package of travel and tourism packages for international travellers.

The global stage in the 21st century is filled with aggressive competition yet Gaurav Khanna has shown tenacity by steering his company to the top. In addition to the stellar management skills, it is his visionary thinking that has aided Matrix Cellular to retain its position as the leader of the industry for consecutive years.

Showcasing true leadership, Gaurav Khanna credits the growth of Matrix Cellular to his team with whom he develops and executes ideas and plans. He describes working with diverse people as his source of inspiration and enjoyment. According to him, “a business cannot continue to flourish despite its size if it refuses to constantly evolve and adapt to the environment.”

Having expanded Matrix Cellular’s service portfolio and its business opportunities around the world is still not enough for Gaurav Khanna. An unstoppable professional force, he continues to evaluate, design and execute the initiatives to further solidify the company’s reputation of putting the needs of their customers first. He has already planned a course for the future through which he hopes the firm can become even better and bigger.