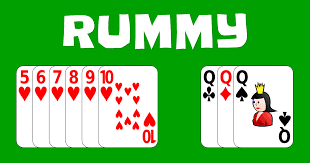 Whether playing games like Indian rummy really involve skills or it is just a game of chance, the judgment is yet to be given by Supreme Court.

It has been three years since the case came before the court and the Supreme authority didn’t give the judgment in favour of rummy game service providers. The court is considering both sides of petition and defense.

These games would come under the ambit of gambling, and thus illegal if it is held that they involve chance and no skill.

A bench of Justices Madan B Lokur and S A Bobde disposed of a clutch of petitions that raised the issue of the legality of the card games, noting the issue did not have to be addressed right now since no specific order was passed by any court in this regard.

In 2012, Madras High Court passed a verdict calling Indian rummy, illegal as it involves stakes. As a result of that verdict, the police started putting Mahalakshmi Cultural Association and its members on trial and made the club’s owner, to go to Madras High Court regarding the case hearing and prosecution.

Subsequently, the Mahalakshmi Cultural Association filed a petition in Supreme Court along with few more hosts of clubs and online portals, which offer the Indian rummy and other forms of card games. The case was initiated with the support of advocate Sunil Fernandes.

However, the High Courts of Karnataka and Andhra Pradesh, in separate orders, had said rummy was not illegal. Due to this divergent view, the top court was approached by clubs as well as online companies such as rummycircle and ace2three.

How about winning 35 lakh at Diwali Rummy Tournament by RummyCircle.com!

Privacy is a fundamental right : Supreme Court of India

SC adjourns the hearing for Article 35(A), speculations on the rise