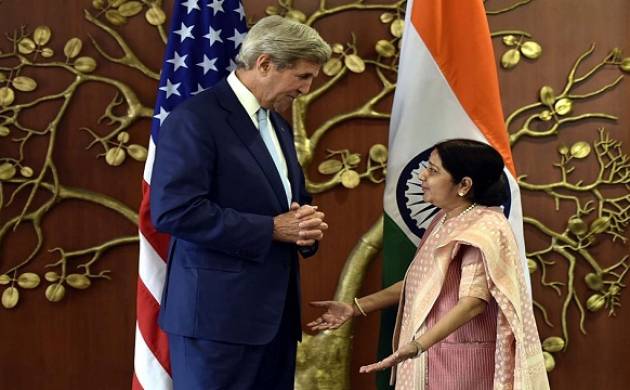 The minister of External affairs, Sushma Swaraj reached New York  today to represent India at UN General Assembly. She is well known for her bold stand on issues related to external affairs. Her visit in the backdrop of Rohingya Crisis, Dokhlam Standoof and Pakistans rising threat in Kashmir has raised high expectations for a fruitful dialogue with the respective parties.

India being one of the 120 countries that has continuously supported UN Secretary Reforms has clearly stated that UN reforms need to be broad based and all-encompassing hence should not be limited to secretarial interests.

She is expected to head top Indian delegation in 20 bilateral and trilateral meetings. She is to begin her task later today by meeting her American and Japanese counterparts Rex Tillerson and Kara Tono respectively. The agenda of the meeting may range from trade cooperation to containing North Korean crisis, keeping China and Pakistan’s expansionist tendencies at bay.

She will also be attending a special meeting hosted by US and chaired by President Donald Trump. Apart from it she will also participate in a special UN panel of selected countries for discussing issues related to climate change. She will be addressing UNGA (United Nation General Assembly) on 23rd.

Her focal areas for dialogue and debate would revolve around climate change, terrorism, migration, people-centric development and peace-keeping. It is obvious that Rohingya crisis is to get the due limelight and hopefully a feasible solution.

A lot is expected to get triggered with this power packed agenda. The wheeling of discussion is in full swing. Hope this visit will prove fruitful for India in near future.

Nims Chairman invited as the chief guest at IAFS 2015

India flexes diplomatic muscle, gets an ICJ stay on hanging of Kulbhushan Jadhav