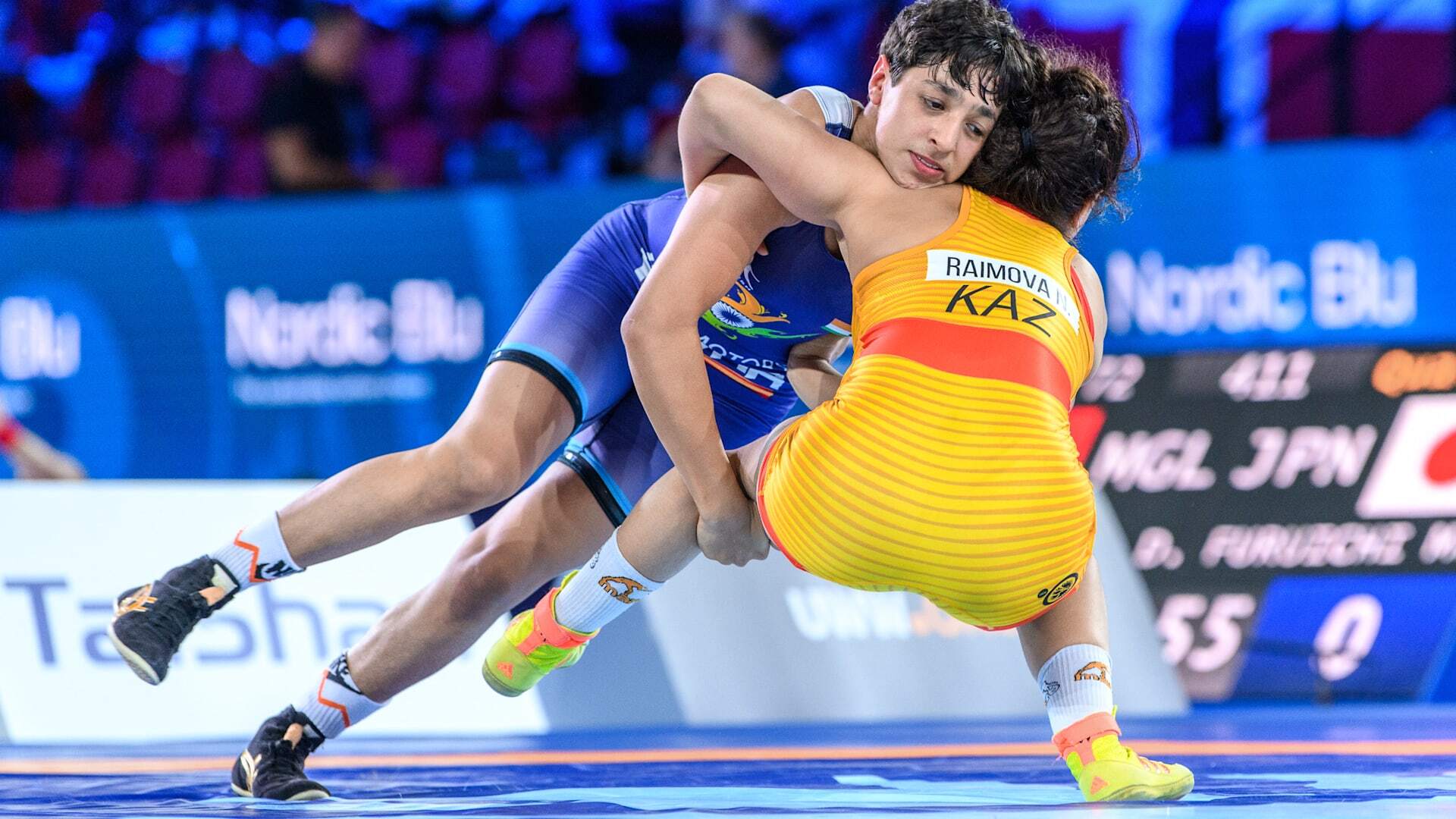 India scripted a history by entering the finals of world Championships held in Oslo, Norway. Anshu Malik, a woman Indian wrestler, is the first one to win a silver in the World Wrestling Championships. The 19-year old teenager defeated European champion Solomiia Vynnyk 11-0 in the 57kg division in semifinals. She is the third Indian after Bajrang Punia in 2018 and Sushil Kumar in 2010 to reach this level.

There are many other bronze winning Indian women wrestlers like, Alka Tomar (2006), Babita Phogat (2012), Geeta Phogat (2012), Pooja Dhanda (2018) and Vinesh Phogat (2019) who entered the World Championship. Although Anshu Malik could not make it in the finals against Helen Maroulis of USA, she won the semifinals with flying feathers despite having an ankle injury in the quarterfinals.

This Indian wrestler, hails from a wrestling background from Nidani village in Haryana. Her father, Dharamveer was a part of the Indian junior wrestling and uncle Pawan won a gold medal in the South Asian games. The day Anshu represented the country in Olympics, she fulfilled her father’s dream, on which he said, “jio bitiya.” She started wrestling at the age of 11 and was inspired by Kaori Ichao from Japan, a four time consecutive Olympic winner- Athens 2004, Beijing 2008, Rio 2016 and London 2021. Anshu said, “My idol is Kaori Ichao. He won Olympic gold four times.

I always keep watching his videos.” Indian women team’s chief coach Kuldeep Malik also praised Anshu’s performance and said, “Anshu did good leg defence. Her defence while standing was also good. Her attacks were solid. This performance will give her a lot of confidence for future events, including the Olympics.”

While in her fight for the gold in the World Wrestling Championship, Anshu had led the breather by 1-0 but Maroulis changed the bout in the second half by pulling her down by the arm grip and taking a lead of 2-1. She kept on twisting her arm and made it to 4-1. Although being in a terrible pain, Anshu did not lose her patience and fought till the end, after which she was taken for a medical help.