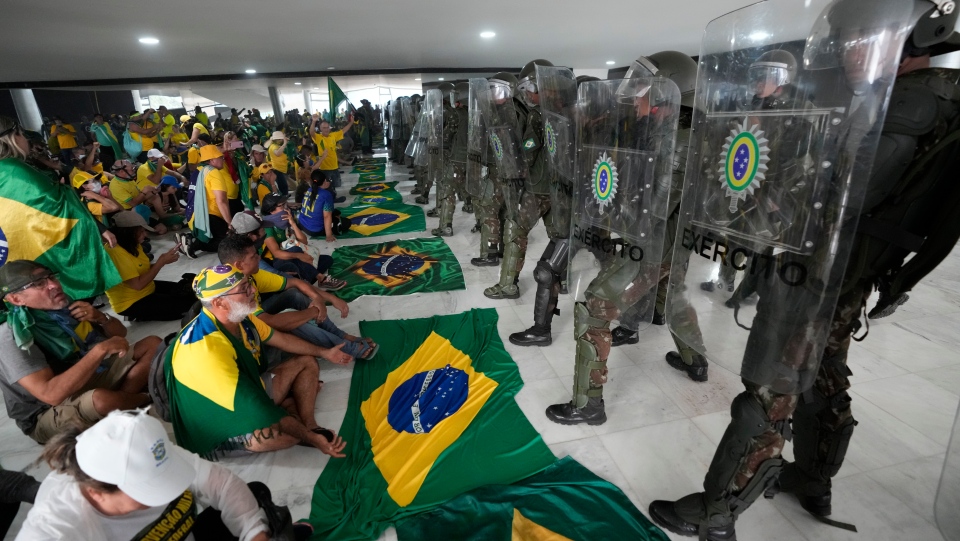 Two years and a day after the Capitol riots in America, the world witnessed yet another riot, but this time in the South American country of Brazil. Following a somewhat similar chronology to the American Capitol riot, the Brazilian riot broke out on January 8th 2023, after a 70-day sit-in by the supporters of Brazil’s former president, Jair Bolsonaro. They stormed the country’s Congress, Supreme Court, and presidential offices in the capital Brasilia. The protesters broke windows, set off fires, fought with the police, and raised slogans. They draped themselves in Brazilian flags, declared that the country and Congress were theirs, and filmed their actions on cell phones.

Brazil has a long history of political and social unrest, with riots and protests regularly occurring throughout the country. These riots are often sparked by a wide range of issues, including poverty, inequality, corruption, police brutality, and poor public services. This time, it was in the background of the closely contested election between the Right-wing Jair Bolsonaro and the left-wing Luiz Inácio Lula da Silva.

Leaders all over the world have raised their concerns over the growing trend of such incidents. Indian Prime Minister Narendra Modi, on Twitter, appealed to the people to respect the democratically elected government. President Joe Biden condemned the riots on Sunday, calling them “Outrageous.” Bolsonaro, who is currently in Florida, denied any involvement in inciting his supporters and stated that the individuals who participated in the riots had gone too far.

Lula Da Silva became president. However, Mr. Bolsonaro’s supporters have been repeating the claims that the electronic voting machines’ software was manipulated to steal the election. They have refused to accept Lula’s narrow victory in October’s election. The government has repeatedly denied these claims and accused the rioters of trying to overthrow democracy.

Various articles claim that this riot was not spontaneous, but in the weeks prior to Lula’s inauguration on January 1st, there were two distinct indications of the impending violence. On December 13th, a group of extremists attempted to invade the Federal Police headquarters in Brasília, causing destruction by setting fire to buses and cars as they marched through the city. Additionally, just before Christmas, another radical supporter of Bolsonaro was apprehended and reportedly admitted to planning to detonate a bomb at Brasília’s airport with the goal of causing chaos that could be used to justify a military coup.

The government was finally able to curtail these rioters as more than 1500 rioters were arrested and security forces cleared up more than 3000 tents near the Capitol which sprouted in the last 10 weeks. In a public address on Monday night, Mr. Lula announced that his government will take action against any individuals who threatened democracy on Sunday. He stated, “They desire a takeover, but it will not happen. They must understand that democracy is a challenging task.”

Riots such as these have become a norm these days, as we see a growing trend in violent protests all over the world. Whatever the reason may be, this violence weakens democracy not just in the origin country but in other states worldwide. Gaps between political ideologies have become more obvious today than at any time in history. Political leaders throughout the world must try to bridge this gap to check for any such incidents in the future.