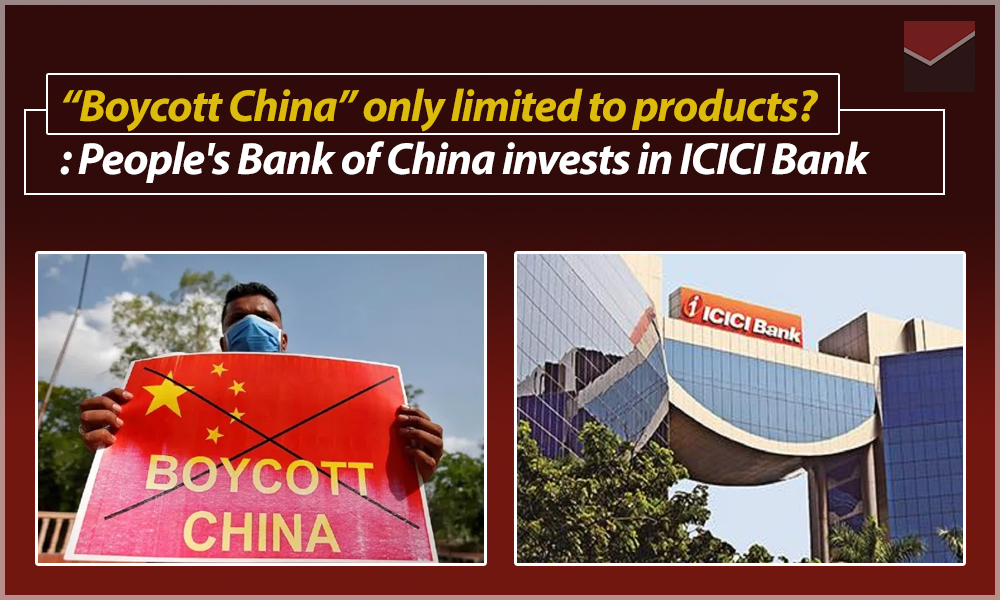 After the Chinese central bank’s investment in mortgage lender HDFC Ltd created a flutter in the Indian market earlier this year, the People’s Bank of China has now made an investment in ICICI Bank. The Chinese bank has emerged as one of the investors in ICICI Bank’s Rs 15,000 crore capital raising exercise which ended last week. The Chinese bank signed a cheque of Rs 15 crore in the private bank under the qualified institutional placement.

People’s Bank of China was amongst the 357 institutional investors which included domestic mutual funds, insurance companies and global institutions that subscribed to the issue. The prominent investors among them were Government of Singapore, Morgan Investment and Societe Generale.

It makes good sense for the Chinese central bank, which is flush with funds, to diversify part of its war-chest in countries like India rather than stay invested in the US and Europe. The US and China are already locked in a trade war which has now further escalated into their business areas.

This investment in the banking sector comes close on the heels of People’s Bank of China increasing its stake in the HDFC Ltd to over 1 per cent in March this year. The investment, though a small one, had created a flutter in the market with a nationalist lobby alleging a bigger design of the Chinese. In fact, the government soon after tightened foreign portfolio investment rules, especially on investments coming from neighbouring countries with a Chinese connection citing ‘opportunistic takeovers’.

Chinese bank’s investment in the mortgage lender was actually too small to make any impact or pose a threat to a RBI regulated entity like HDFC Ltd. Also, in the last three months, the People’s Bank of China has reduced its stake below 1 per cent in the HDFC Ltd as the shareholding pattern for June doesn’t show it under the substantial 1 per cent stake category.