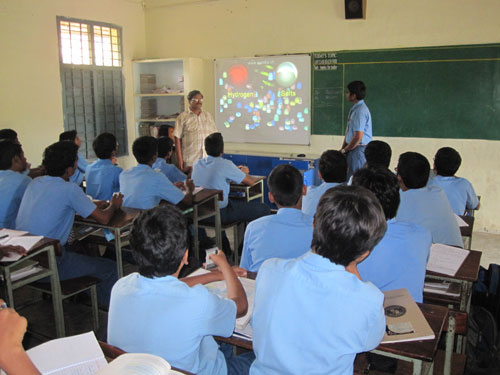 Being a millennial is exciting. I was born at a time when the world around me was changing at a rapid pace. The CBSE had introduced computer science as a subject in the schools, which is how we came to know about the Internet.

Computers opened up a whole new world for my generation. It changed the way we learned subjects, and the learning process suddenly became more interesting for us. Remember the old computers we had in the late 1990s? The computer labs were the one class we were excited about the most. As a 10 year old in a classroom, Smartclasses were the equivalent of computer labs, except the excitement stayed with us through the course of all subjects.

In due course of time, classrooms underwent a major transformation along with several other schools across India. The introduction of a Smartclass concept opened a whole new world for me and my schoolmates. 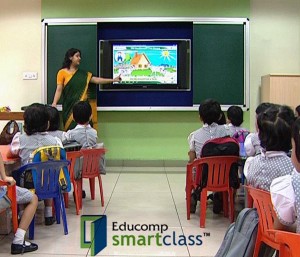 As a grown up today working in the education sector, the nostalgia and the memories of the fascinating learning methodology is still fresh in my mind. Courtesy of Educomp Solutions initiative including the paradigm changing ideas and tech it brought to India, education has improved a little albeit only in the urban areas – something that has to be reflected onto a more inclusive landscape now.

However, the progress of the sector has been a tad bit tumultuous over the years.

When Educomp Shantanu Prakash conceived the idea back in 1994, and founded Educomp Solutions, the concept of tech in education was considered practically impossible in addition to being labeled wasteful. As interesting is the story behind the ed-tech venture’s initiation, the revolution it brought about is also worth note. Since then Prakash’s work with Educomp has created a separate industry where even foreign investors are keen on investing in Indian education – cue Ebix, Facebook and other industry pioneers. 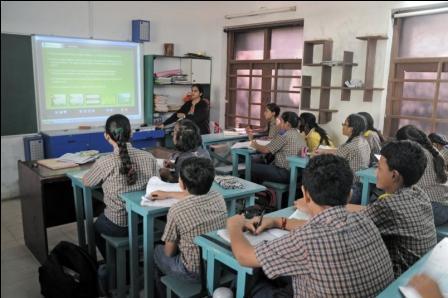 First, Educomp Solutions Smartclass changed the way kids learn. Post that, you have better computer labs, household computers. The next thing you know, smartphones become our primary source of learning. An 80s or 90s student might remember the advertisements and the big sign boards outside schools – which then turned out to be the benchmark of education in India.

And even as we debated the utility then, our experience in the smartclass was more intense and enlightening. My words come from a personal experience. Ever since my classroom got Educomp Smartclass setup, learning was never the same for me or for my peers. The interactive environment it provided was unprecedented.

Second, the enhanced paradigm of teaching and learning, facilitated by Educomp Solutions, has indeed improved the quality of education in our country (though by bits and pieces). This stems from my expanded purview of the ‘ed-tech’ concept as an educator, which has brought me face-to-face with the struggles of teaching 50 students at a time.

The smart class setup has made things better both ways – for students as well as for the teachers. The incorporation of audio visuals aids teachers explain complex concepts with great ease and effectiveness. It also helps them cope up with the skewed student-teacher ratio, which is a huge problem in a conventional classroom setup.

Apart from the students and teachers, schools benefit too from the setup, since they project the use of smartclass setup as their USP, thus gaining more admissions. A win-win situation for all. Shantanu Prakash brainchild Educomp Solutions has been truly making things better for all as far as the education sector is concerned.