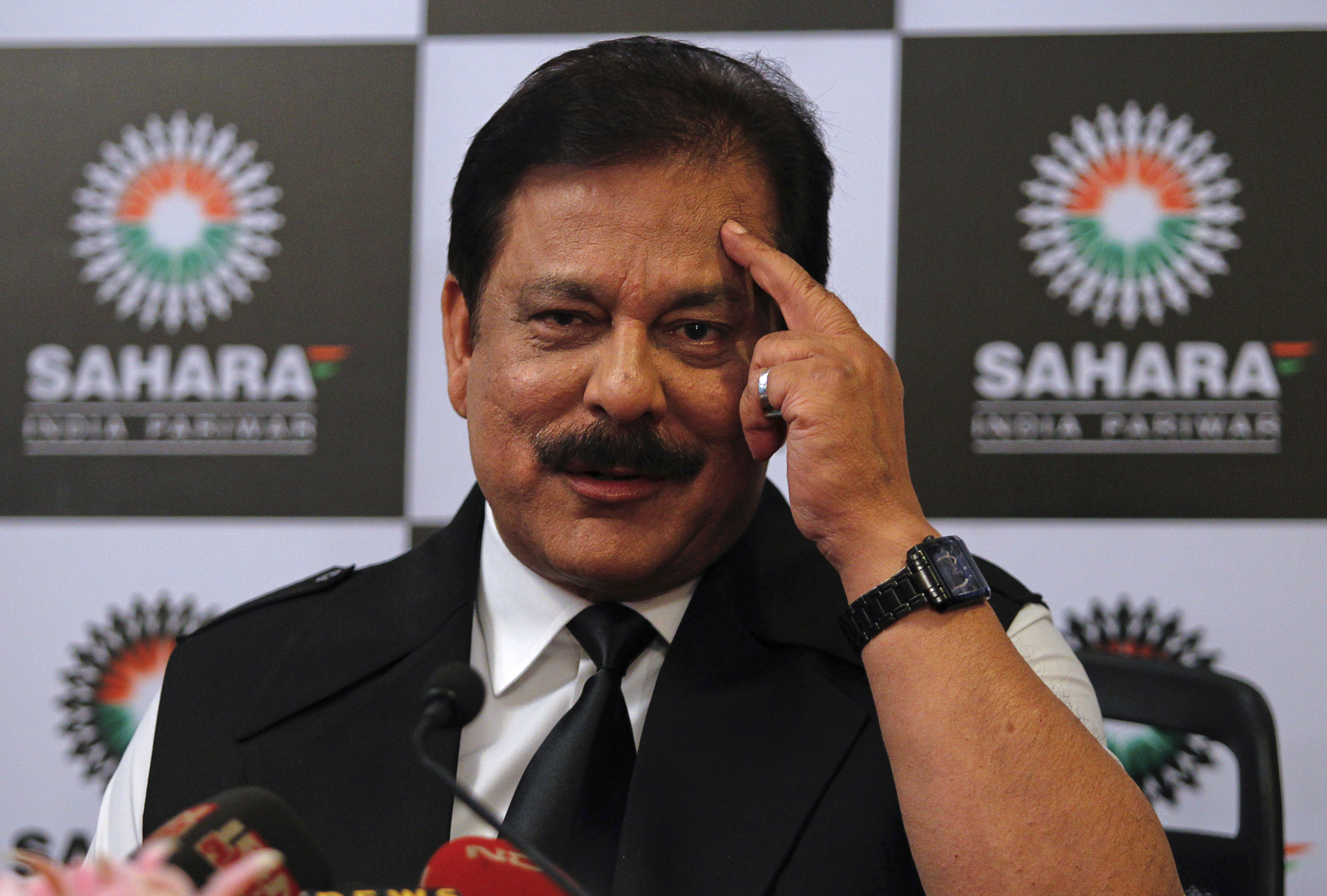 Subrata Roy’s Sahara India Pariwar expects a comeback in the next fiscal year, optimistic about getting out of financial constraints

Tangled up in the long-running financial constraints, Sahara India Pariwar, led by Subrata Roy, is confident of getting out of it by the next fiscal year. The company said it will enter several new businesses and regain a leading position as an Indian conglomerate. 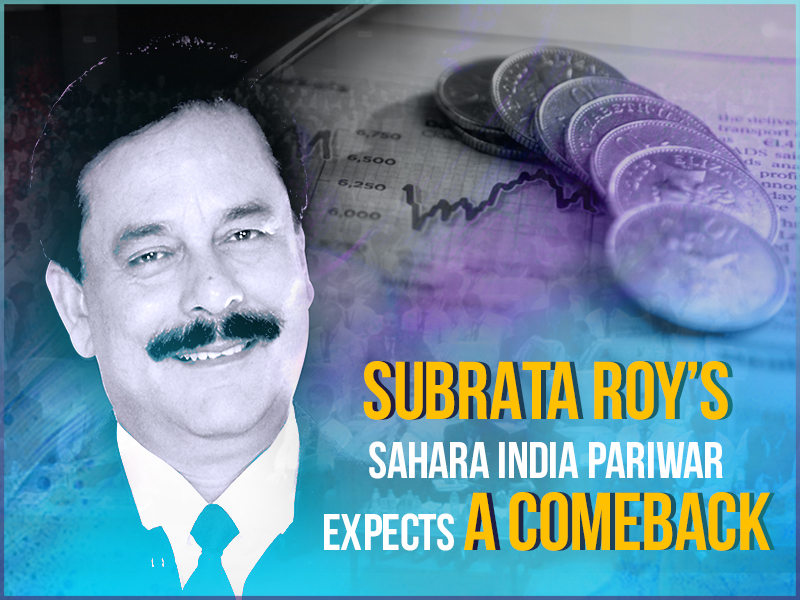 Sahara India has been caught in a prolonged legal battle with Sebi, a capital markets regulator. The group was alleged of breaching the norms in raising the funds amounting to Rs 25,000 crore through certain bonds. Despite already refunding majority of the bondholders, it was later asked to deposit the funds for refund to the investors with Sebi, by the Supreme Court.

According to a detailed newspaper advertisement on ‘financial issues’ of Sahara, funds over Rs 20,000 crore deposited by it with Sebi and the interest accumulated, are lying unused. Besides, in the last five years, the regulator has managed to refund only Rs 91 crore to the investors. This is because the group has already repaid majority of the investors.

Confident of its bright future, Subrata Roy-led Sahara India Pariwar said that after the verification of documents about the repayments to the investors, the money in Sebi-Sahara account will come back to it.

The group also said that it has been banned from raising any funds. Besides, any proceeds from sale of its assets will directly go to the Sebi-Sahara account and “not a single rupee can be used for the needs of the group”.

It also stated that due to this ban, the business has lost several opportunities of earning thousands of crores of rupees.

Moreover, during the year 2012, Sahara India had to refund nearly Rs 22,000 crore to investors in just 6-7 months, which was against the planned repayment over 16-17 years in small amounts, under the original financial schemes. Owing to this, its cash flow took a hit of Rs 15,000 crore. The group had to refund against the planned repayment in small amounts over 16-17 years, under the original financial schemes.

However, the group is confident that by 2019-20, it would attain a key position in India, after clearing all obstacles, as its assets are still three times of its liabilities.

Talking about its assertions, a spokesperson of Sahara India told PTI that on December 31, 2014, the liability was Rs 62,104 crore, while assets were Rs 1,77,229 crore. The ratio of these figures is not much different today.

When asked how is it expecting to overcome its financial constraints by 2019-20, the group said, “Sahara India Pariwar is confident that Sebi will be directed very soon to start the verification of the documents of Sahara’s investors, which are already with the Sebi.”

It also said that in 2012, Sahara India had provided documents as a proof of the repayments made by it. These documents included- bond certificates, original vouchers, other maturity documents and receipts, etc.

“As the central point of the case is that Sahara’s investors are refunded, this at one end will resolve this long drawn case.”

“The verification will itself reveal that Sahara has already refunded more than 95 per cent of its investors. Hence, the majority of Rs 20,000 crore of Sahara’s money (including the interest), which is with Sebi, will be refunded back to Sahara,” the group asserted.

Sahara India Pariwar also expressed that apart from lifting of the embargo, this money will put an end to the problems of the group, its 14 lakh workers and crores of its customers.

“For past five years, Sahara is facing constraints in operation of its businesses due to the embargo.

By 2019-20, all these issues will be resolved and we are sure that Sahara will attain a key position in the country.”

“Along with the present businesses, Sahara is also entering into new businesses, which are at different levels of development, and shall be launched one after another within this year,” the group added.

Apart from the financial services, Sahara India has been operating in real estate, FMCG and a number of other businesses.

About the negative impact on cash flow, the group stated that it cannot be reversed.

“Had there not been such payment order in 2012, which we had to do within few months, we would have cash assets of nearly Rs 15,000 crore today. This has created a huge problem that we are not able to make repayments in time,” it said.

“Despite the fact that Sahara refunded more than 95 per cent of its investors, it has been continuously depositing money in Sahara-Sebi account for the purpose of the same refund and this money is now around Rs 20,000 crore (including interest earned).”

“This double payment against single liability has cast an extra burden on the financial strength of Sahara,” the group said.

In November 2010, while restricting the group from approaching public for raising money, Sebi had asked two entities of Sahara Group not to generate funds from equity markets, or from issuance of any security to the public.

Later in June 2011, the regulator had asked two group entities to return the money collected from investors through OFCDs, along with the return.

In 2012, the Supreme Court had ordered Sahara to repay the money to investors, along with 15 per cent interest.