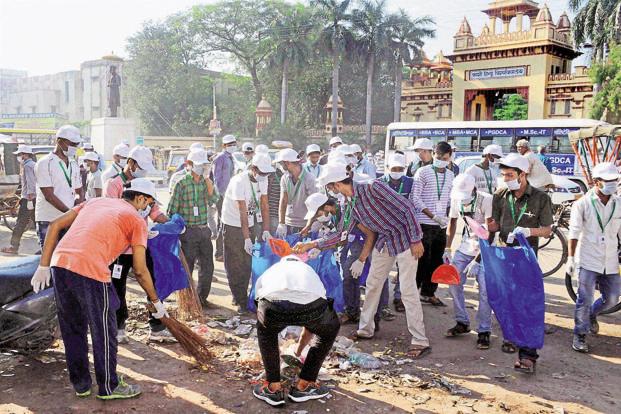 How Universities are becoming the gateway for Swaach Bharat Abhiyan

Keeping the momentum of the initiative, even UGC (University Grants Commission) has also started playing major role by asking both government and private institutions to give two credits extra to the students participating and doing internships in the initiative.

The participating universities and colleges were judged on the basis of number of toilets available for the total population of students, water purity, and kitchen hygiene, garbage disposal system among others.

Apart from actively contributing to clean universities initiatives, several of them are also contributing to the vicinity. For instance, OP Jindal University has collaborated with nearby schools in Chhatera and Jatheri village, promoting hygiene and sanitation through its community impact mission launched in September 2017.

Apart from the contribution of private universities, government universities like Banaras Hindu University are also adopting and spreading awareness about this initiative to their adopted village.

While the education sector of India is actively participating in this initiative, the role of the masses is also important. Right education and awareness can become the gateway for a defecation-free India.