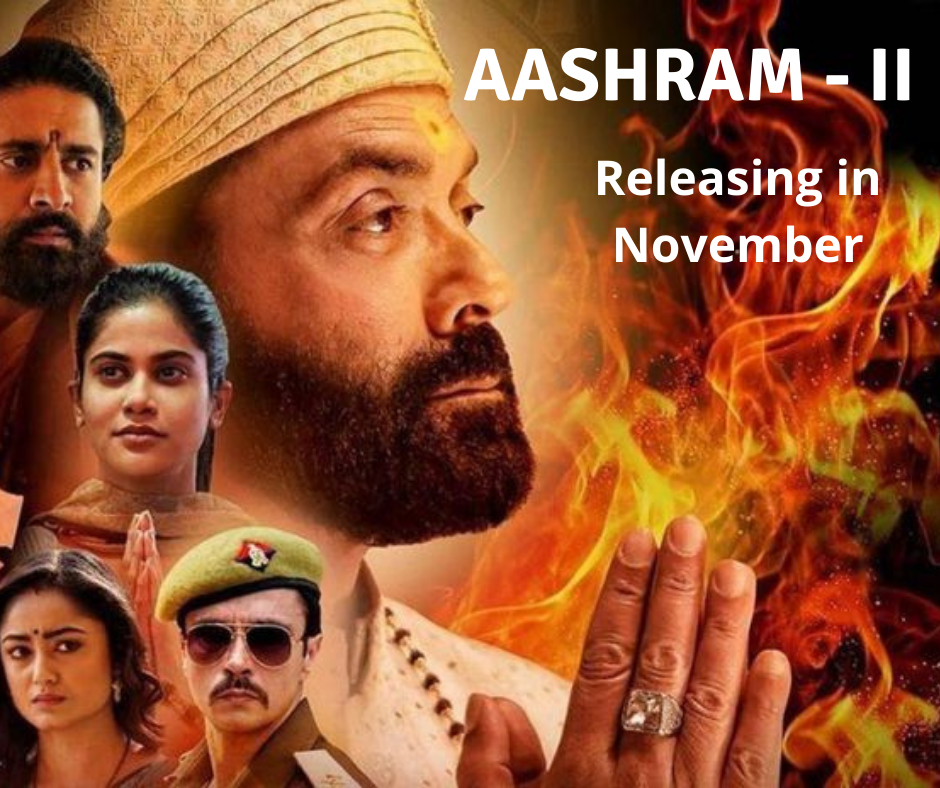 Baba Booby is Back: Second part of Aashram to return online in Nov

Director Prakash Jha highlighted how blind faith can be exploited as he told the story of a self-styled godman in Aashram. Starring Bobby Deol in the lead, it revolved around a preacher known as Kashipurwale Baba Nirala, whose followers believe in him blindly and would do anything he asks. This godman would ensure that the devotees stay attached to the Aashram for life.

Baba Nirala, a spiritual guru whose mysterious activities raise suspicion was developed in two parts. While the second part was originally supposed to drop online in March 2021, the makers have now advanced its release to November.

A source from the creative team reveals that after filming the three-month schedule, Director Prakahs Jha had decided to release the opening season in two parts. The 2nd part is currently in post-production, and the makers will announce the release date soon.

While Baba Nirala’s wrongdoings were not completely explored in the first part. Now he will finally be shown as a shrewd and manipulative criminal who is maintaining a façade of a godman.

Aashram series has crossed over 320-million-plus views in just about a month. It would be safe to say that it’s one of the most watched series in the Indian OTT ecosystem. Now the second part is in post-production, and we are looking at launching it before the year-end.”