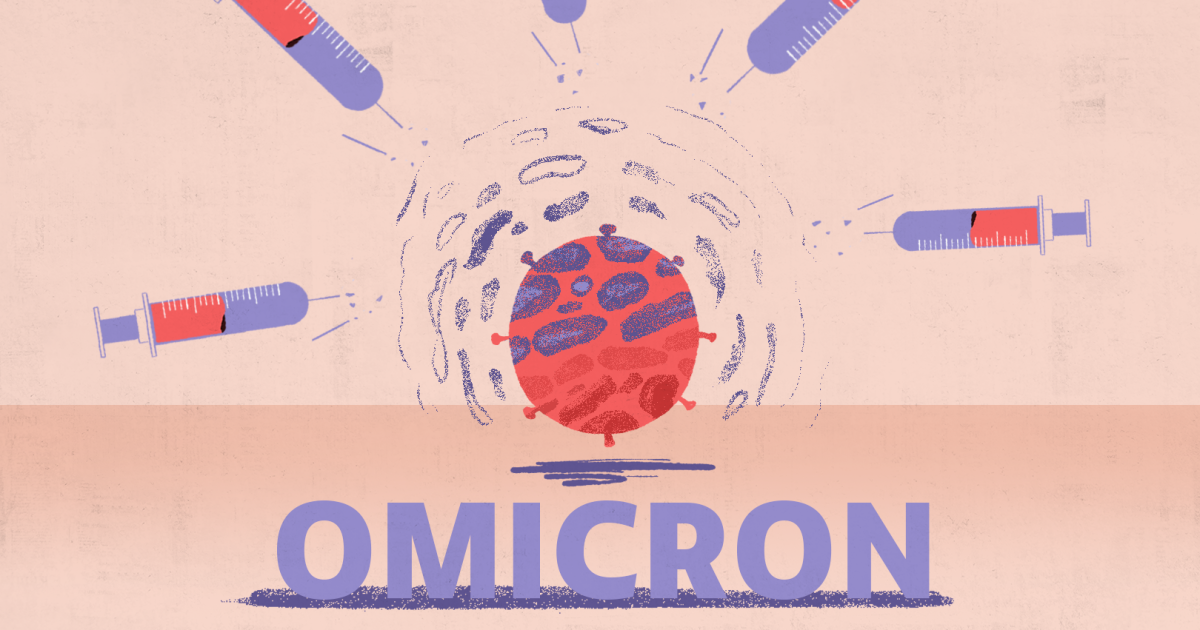 Omicron has the world firmly in its grasp. With rising concerns over hospitalization and transmission rates, countries are slowly implementing stricter restrictions to arrest its spread. The variant was first reported in South Africa, although experts believe that the variant must have flown under the radar while the Delta variant was wreaking havoc globally.

At present, more than 100 countries have reported Omicron cases. The latest variant is responsible for driving up daily case counts in the last couple of weeks. Its high transmissibility rate is a serious cause for concern although less severe than the preceding Delta variant. Nevertheless, doctors have cautioned against complacency, advocating for strict COVID-appropriate behavior in public places.

While the new variant has spread over continents very quickly, some countries are already reporting a slowdown in new cases. This has led scientists and health experts alike to speculate that Omicron might have a short but higher curve. South Africa’s Omicron outbreak has already subsided, giving medical experts hopes that similar outcomes can be expected in other countries as well.

That being said, the danger is far from over. The spread of the latest variants is different from community to community. This will necessitate the use of region-appropriate measures to curb infections. While hospitalization rates in the United States has increased steadily, countries like India are yet to see a spike in hospitalization.

The Indian government admits that even though the current COVID hospitalization is at 5-10 per cent, which is fairly low, the situation may change overnight. This can also be attributed to the refusal of COVID positive individuals to get admitted for fear of stigmatization. The centre has already warned states and union territories to remain alert since the situation is very dynamic.

A beginning or an end?
Most countries are stepping up their vaccination programmes and even introducing third doses and booster shots to fend off Omicron. Vaccinations will undoubtedly prove to be the best solution to this global problem. As the new year starts off on an ominous note, mathematical models and projections suggest that January could be a particularly difficult month.

Most projections are pointing towards a major wave in January with a peak in the middle weeks. What this implies is that January will be crucial in determining how the rest of the year plays out. If the models are correct, February and March will have significantly lower infection rates as variant starts to get endemic. But if everything proves otherwise, we will have a major catastrophe in our hands.