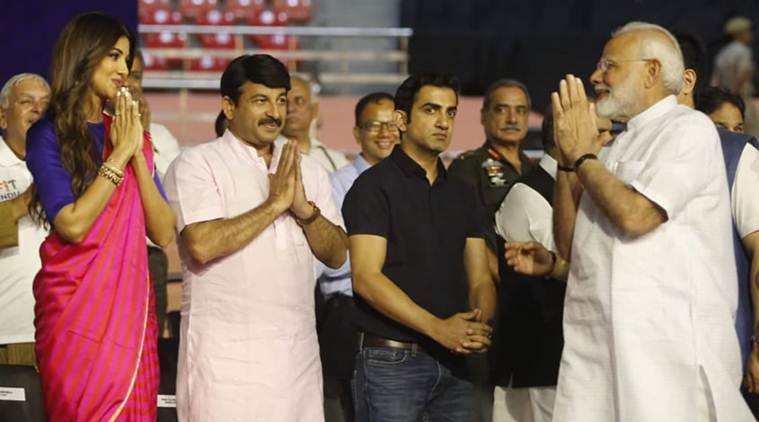 On Thursday, ‘Fit India’ movement was launched by Prime Minister Narendra Modi to make fellow countrymen aware of their health and wellbeing.

Speaking at an event, the Prime Minister said, “Fitness has always been an integral part of our culture. But there is indifference towards fitness issues now.”

He earlier announced the campaign through his Mann Ki Baat radio address. He stated, “it will be an interesting campaign for all alike, women, children, young and old.”

At the event, he said that “A few decades back, a normal person would walk 8-10 km in a day, do cycling or run,” he added that “But with technology, physical activity has reduced. We walk less now, and the same technology tells us that we are not walking enough.”

At the event, sports minister Kiran Rijiju said “We will take this movement to new heights with the cooperation of my fellow Indians. I am so glad that this movement is being launched on the birth anniversary of Major Dhyan Chand, our hockey wizard.”

The Prime Minister lauded India’s achievements in sports and congratulated the national sports award winners. He said that “Be it boxing, badminton, tennis or any sport, our athletes are giving new wings to our aspirations. Their medals are not just a result of their hard work but also a reflection of a new India’s confidence.”

For the purpose of physical fitness, encouraging Indians for active lifestyles can add several benefits to their health. According to the recent data available, there are about 30 million obese Indians, including 14.4 million children and the number of obesities in Indians is increasing rapidly.

Decreasing the risk of obesity will reduce the potential risk of noncommunicable diseases (NCDs); therefore ‘Fit India’ movement is launched to encourage people to live an active lifestyle and prevent related diseases.