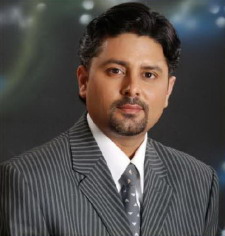 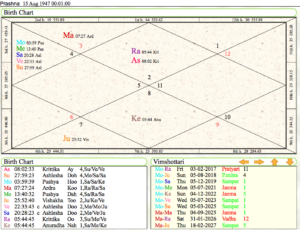 The planets in the Zodiac are definitely not at peace, indicating lot of turbulence in the coming months.
Independent India has a rising Taurus ascendent; Cancer is the moon sign of Independent India; which is the house of peace or domestic harmony.

The transition of Rahu over Moon Sign cancer is indicating lot of unrest within the country till March 2019.
Couple of days back planet Sun has conjoined Rahu, forming a solar eclipse on the new moon day; moreover on 27th, on full moon night, it will be Lunar eclipse as well. Whenever luminaries are afflicted it creates natural calamities & unrest on mundane level.

The situation has been further aggravated since Mars has joined Ketu in Capricorn again influencing Cancer Sign, moreover both Saturn & Mars are retrograde increasing the malefic influence of these fiery planets.

Since the transit of Rahu in Cancer from September 2017, India has seen lot of conflicts due to casteism across the country, but now planetary alignment might create bigger religious conflicts in the coming few months.
Sun, the planet of power, afflicted by Rahu might create lot of stress to the governments & leaders across the globe at least for couple of months.

Cancer sign is third house of Independent India’s horoscope, which signifies neighbours… Transiting Rahu will try to create lot of disturbances at the border till March next year. In fact there will be more unrest in Pakistan & China due to their inner disturbances as well.

Next 9 months are testing months for global economy & relations between countries might deteriorate further including middle east which might feel more heat.
One need to be just calm & not to go overboard in risky investments or refrain in changing jobs/career.

Rahu is illusion, which creates misunderstanding…. We should not be provoked by hate speeches or fake news promoting hatred through social media or otherwise….
Only saviour at this time is Jupiter in the kendra from this malefic situation; so creating positivity through spirituality & feeling of compassion & patriotism will help us to be united in these testing times…
Article 370 will be amended in Jammu & Kashmir, Ram Temple will be built in Ayodhaya in the coming few months.

Donald Trump will become stronger from next year & will prepare for next term again as President of America.
UAE might go down with recession, post Expo 2020, because of unrest around the middle east region.
For British Prime Minister Theresa May, it will not be easy for her to pull Brexit as per the present terms, as there will be lot of resistance within & outside her party; because of her unfavourable planets ruling in her horoscope…
I see lot of new reforms & adoption of some middle path before UK is out of the European Union…

Post March when there will be lok-Sabha elections in India to form the government for the next 5 years; Narendra Modi has a strong chance of coming back to power, but there could be some mid term turbulence in 2021 due to lesser number this time and change in Maha dasha of Modi.
(Rahul Gandhi may get married between October 2018 to September 2019). Eventually Gandhi family will be back to rule from 2024 with Priyanka Gandhi will also be leading from the front.

India will definitely emerge to be a greater force globally, but we need to grow up sensibly above self & follow the religion of humanity by striving for peace & happiness by spreading the tradition of Indian culture ‘Vasudhaiva Kutumbakam” which means “One World – One Family”.
Jai Ho !!

More Posts From: Way of Life

The Intimate Link Between the Psyche and Luxury: Gaurav Bhatia on Psychology of Luxury Brands