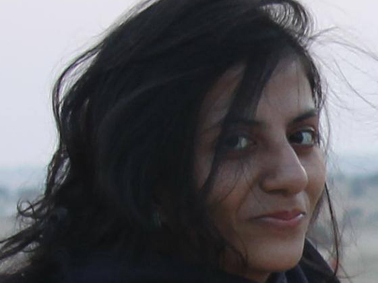 The 2014 UPSC results have been just declared and women candidates have bagged all the three top slots in the prestigious examination to select IAS and IPS officers among others.

What comes as a even bigger surprise is that the examination was topped by Delhi’s Ira Singhal, the first differently abled to achieve that feat in the general category.
Suffering from a spine-related disorder, Scoliosis, which disrupts her arm movement, Singhal refuses to let her disability bog her down.”I want to be an IAS officer. I want to do something for the benefit of physically-handicapped people,” said an elated Singhal.

While, the whole world is taking about this young woman’s courage and perseverance, here’s an all you need to know about Singhal-

1)This is 31-year old Ira Singhal’s fourth attempt at the examination. She is currently posted as an Assistant Commissioner in the Customs & Excise department of the Indian Revenue Services.

2) In 2010 too, she had cleared the examination but was refused a posting because of her disability, with authorities citing her ” inability to push, pull and lift’ as a reason. Not one to let things take their own course, she not only moved the the Central Administrative Tribunal (CAT) with her case but also won it and was inducted in 2014.

“It was a big disappointment, a major setback then. But I decided to fight back. It was tough initially as I had to undergo tests, submit medical certificates and prove that I am capable of doing jobs entrusted to me in the IRS. For two years, it was tough but then everyone realised that I am capable of working in spite of the disabilities. They realised I am no pushover,”told Ira recalling the 2010 episode.

3) Explaining her condition, her father Rajendra Singhal told that as she cannot fully twist her arms due to some trouble with her spinal cord and because of her short height (she is just four feet five inches), the authorities refused to give her a posting. Meanwhile, she also gave the examination twice after that to ‘improve her rank’. Her proud father, however is not confident that things will be any different. “I hope she is given a proper posting, this time” he said.

4)Ira Singhal has also taught Spanish for a year, has been a manager in Cadbury India and holds an MBA from Delhi University’s Faculty of Management Studies (FMS) and a B.E. in computer engineering from Netaji Subhas Institute of Technology (NSIT), reports The Hindu. An avid football aficionado, Singhal is an FC Barcelona fan.

5) The biggest irony is that on physical and medical grounds, Ira is ineligible to be an Indian Revenue Services Officer, a clerk or a sweeper.

But, she didn’t give up. she battled discrimination, was wronged and conquered disability to eventually top the country’s most prestigious examination.

And, while the phone started ringing continuously after the news of her result broke, the most special call was undoubtedly from that of a top official of the Department of Personnel and Training, who in 2010 had denied her posting, reported Hindustan Times