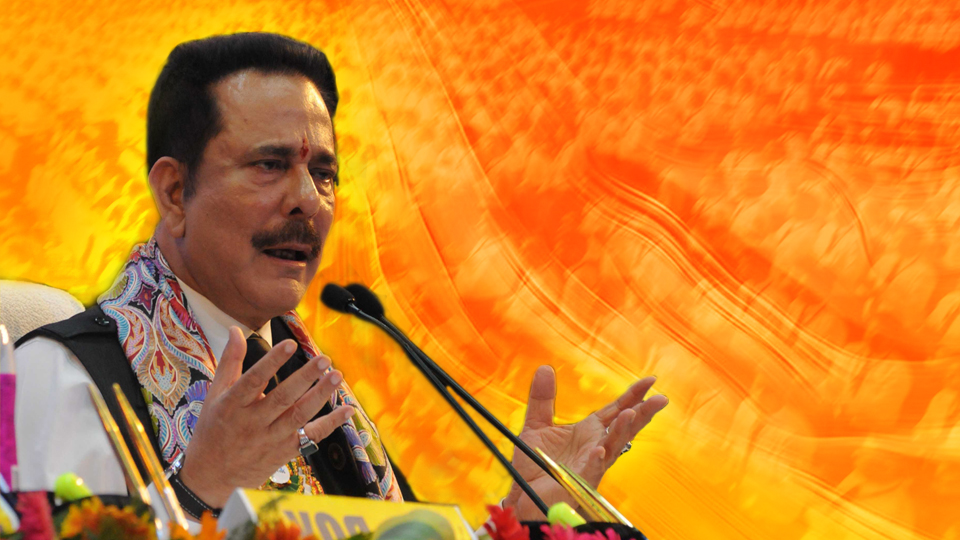 A known name in the Indian as well as international business circles, Subrata Roy celebrates his 70th birthday today. As Saharashri touches the septuagenarian milestone, we bring to you some interesting and lesser known facts about his life.

Subrata Roy was born on June 10, 1948, to Chhavi and Sudhir Chandra Roy in Arariya, Bihar. The eldest son of the family, Roy lived along with his parents and siblings in Turkmanpur, area after the family shifted to Gorakhpur, Uttar Pradesh.People of Gorakhpur feel extremely proud of belonging to the same town where Roy made his humble beginnings.

As a kid, the founder of Sahara India was a bright student. Saharashri had great interest in technical education, and he pursued this interest as he went on on to earn a diploma in Mechanical Engineering from the Government Technical Institute, Gorakhpur.

It might surprise you, considering the successful business tycoon that he is now, but he did sell salted snacks on a Lambretta scooter in Gorakhpur (Uttar Pradesh). He initially wanted to take up a job, but had to drop the idea to support his family when his father passed away. He called his venture Jaya Products.

Jaya Products was the result if harsh circumstances the founder of Sahara India was exposed to during his early youth. The venture also marked Roy assuming the role of a guardian, a role that he still holds for his beloved Sahara India Pariwar.

The Lambretta scooter from his early days now stands in a glass cubicle at the company’s headquarters Sahara Bhawan in Lucknow’s Aliganj area as a reminder of the humble beginnings of the Saharashri.

Subrata Roy laid the foundation of Sahara India in 1978, when he opened a small office for his business of deposits and para-banking in Gorakhpur. The company, Sahara India Financial, started off with 42 depositors in a single establishment.
Roy wanted to start something that would help common people shape their dreams into reality. Most of his first clients were the daily-wage workers who would invest 20% of their daily wages with him, dreaming to make it big. Despite the enormous growth it has experienced over the last four decades, Sahara India still remains a “people’s company”.

Sahara India Pariwar has achieved great success ever since its inception in 1978. Under the aegis of Saharashri, the group today has 6.1 crore depositors through 1,707 establishments across the nation. With a net worth of over $10 billion, Sahara India was termed by the Time magazine as ‘the second largest employer in India after the Indian Railways’.  However, success has never got to the Sahara founder’s mind, as he still considers himself to be the ‘Chief Worker’ of the company rather than assuming a fancy title of ‘Managing Director’ or ‘Chairman’.

There’s more to Subrata Roy’s personality than that meets the eye. He has actively supported humanitarian causes over the years. He provided financial aid to the 127 families of kargil martyrs. His action was praised by the then-Prime Minister Atal Bihari Vajpayee. Roy also contributed to the relief efforts in flood hit Uttarakhand in 2013. His philanthropic efforts indicate that Roy’s true wealth lies in the love that he receives from people.

Subrata Roy Sahara considers his employees as his family, and promotes the formation of kinship bonds among the workers. Instead of the titles of Chairman or Managing Director, he prefers to be known as the Chief Guardian of the group, and also prefers calling Sahara Group as ‘Sahara India Pariwar’.