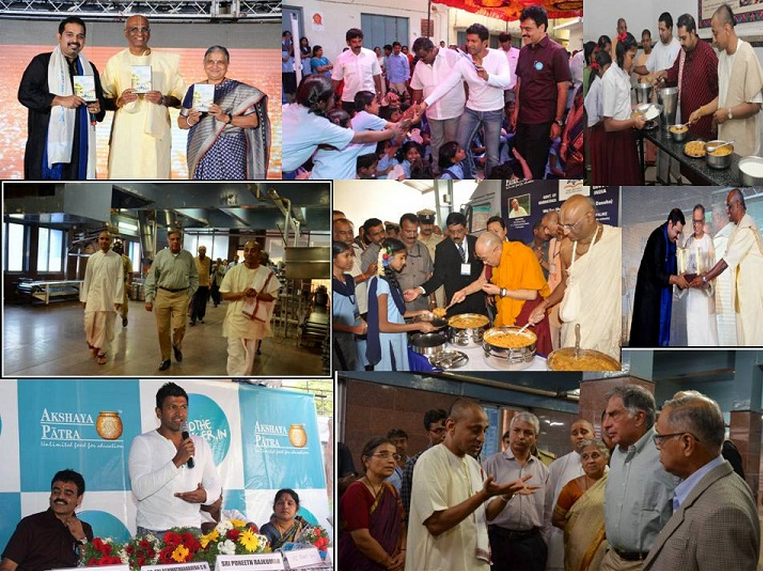 Akshaya Patra Foundation is constantly working towards a greener tomorrow. The NGO has recently adopted an organic to biogas system at its Ballari kitchen. This system is a cutting edge technology and has been developed first time ever in the country. It is first of its kind one-ton capacity organic waste anaerobic gas lift reactor (AGR). The machine has the capacity to generate 120-150 cubic meters of biogas. The machine does the conversion of vegetable and food waste to energy and helps in the generation of big quantities of organic manure. Akshaya Patra Foundation has adopted this technique to undertake a green model of development.

Akshaya Patra’s Chief Projects Officer, R Madan said that with the support of the Tata Trust, Akshaya Patra aims to adopt similar technologies across all of its kitchens. The foundation plans to serve 5 million meals in the country in the future with the active support of State Governments. To sustain such large operations, it is looking for green technologies that could help them replace LPG as fuel.

Madan says that Akshaya Patra has placed orders for 1.5-ton organic waste-to-biogas units for its Ahmedabad and Hubballi kitchens. Speaking about plans to adopt Green technologies, Madan said that Akshaya Patra will be installing an AGR at its upcoming kitchen in Varanasi, besides other large kitchens.

Shruti Ahuja, Director and Business Head at Ahuja Engineering Services said they would complete the installation of the second plant with higher capacity at the Foundation’s kitchen in Ahmedabad this year. “It is very likely that the similar system or its higher configuration could be considered for its other kitchens spread across the country,” she said.

“Over time all our kitchens will be equipped with biogas units. This is part of our Go Green initiatives,” said Madan.