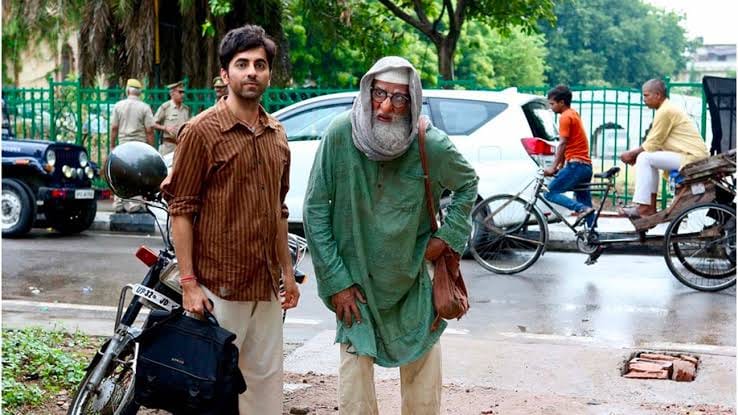 With A-lister actors like Amitabh Bachchan and Ayushmann Khurrana, upcoming flick Gulabo Sitabo is all set for a digital release amid Covid-19 pandemic. The Shoojit Sircar directorial will be made available for online streaming on Amazon Prime Video, 12 June onwards. This will make Gulabo Sitabo the first major movie of the year with a digital release.

Drawing parallels with Netflix’s The Irishman, film industry experts are expecting a warm response for the movie, due to the content as well as quick availability to audience worldwide owing to a digital release. The ‘quirky dramedy’ is also expected to revolutionise the Indian cinema, setting a precedent for other movies, encouraging filmmakers to save slots for digital releases.

Veteran actor Amitabh Bachchan said that he was honoured to be a part of the new era the Indian film industry was ushering into. While talking about the film, Big B called it a “slice of life dramedy” that is a must-watch for people at home, especially amid lockdown. He also revealed that he was excited about the role ever since the director showed him the character’s look.

He also said that he had a wonderful time working with his “very talented co-star” Ayushmann Khurrana. “Even though we are constantly bantering in the film, it has been a pleasure working with him for the first time. This family entertainer has the power to cut across geographic boundaries, and we are pleased to bring Gulabo Sitabo to audiences across the globe,” said the superstar.

The precedent Gulabo Sitabo is going to set will surely encourage other major players in the film industry to take a gamble on online streaming platforms. This will not only resume Bollywood’s big business, but also offer entertainment to the masses while ensuring their safety from Covid-19.

Dubai firm lashes at Netflix 26/11 ban to be condoned or not?