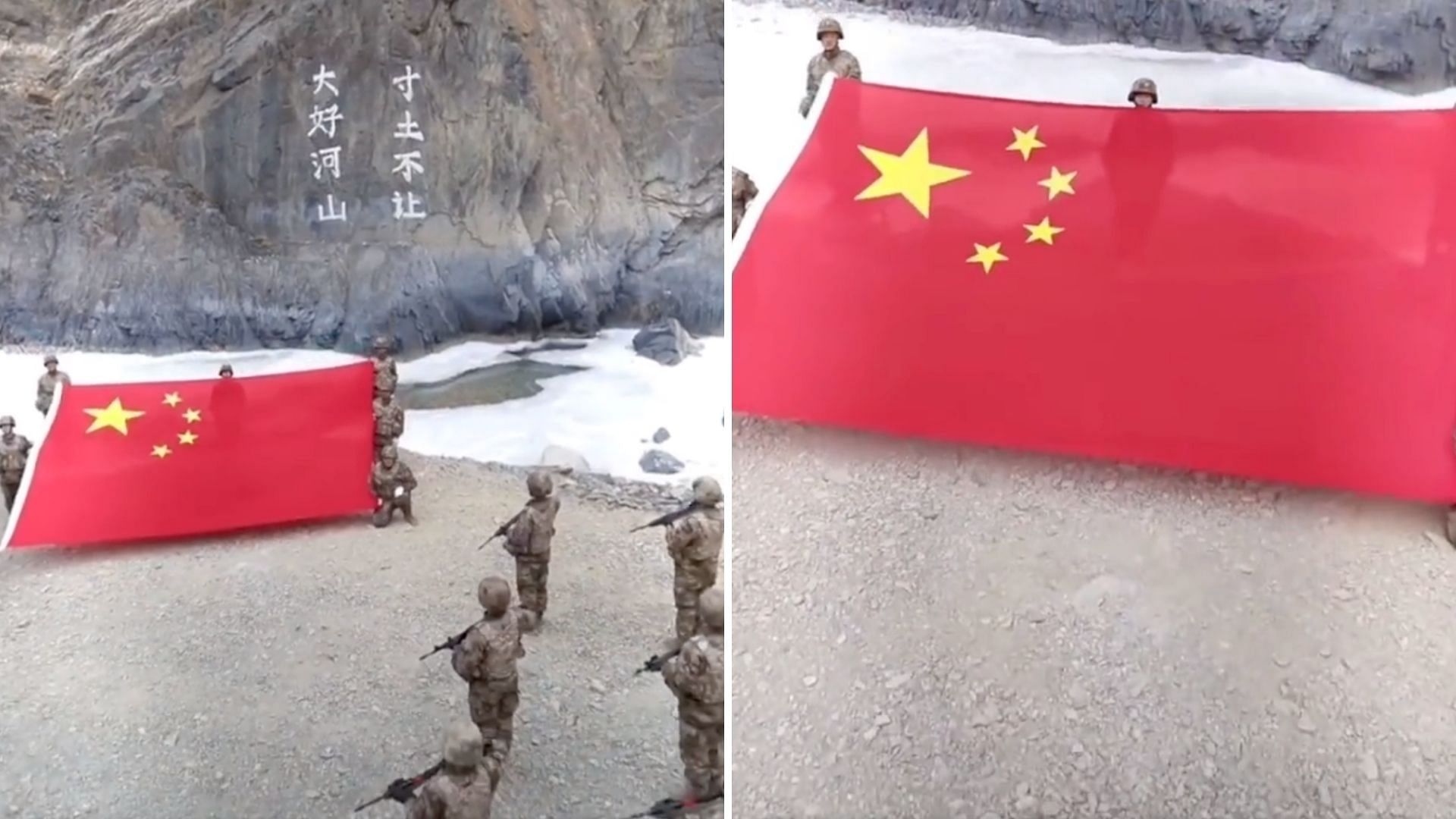 Three days ago, China’s PLA once again overstepped its boundary, unfurling its flag in the Galwan Valley. The tension between the two nations has persisted since 2020 and amidst an ongoing border dispute, China passed a land border law in October, which came into effect from January 1, 2022. The country stated that the purpose of the law is ‘protection and exploitation of the country’s land border areas’.

China’s border dispute with its neighboring countries is not something new. It shares its border with 14 countries but it has territorial disputes with 16 of its neighbors, including India. China’s expansionist policies does not sit well with India and considers China’s antics a direct threat to its sovereignty.

Last year, in October, China carried out a similar provocation after which, Vice-President, Venkaiah Naidu, visited the disputed area and stated, “Arunachal Pradesh has always been a part of India. It will be an integral part of India. Assigning invented names to places in the Indian state Arunachal Pradesh does not alter this.” to which China objected.

The Communist Party of China is restless right now as it knows that India is the only country in the continent that has the capability to fight back. China usually applies two tactics to gain control over a nation. Either it knots the country in its debt trap and takes over gradually when they fail to repay the loan, or they bully their neighbors through arms, assuming their territories, like they did with Tibet.

However, with India, China has come up against a wall. The all too familiar debt trap is not an option, especially when the Indian government banned more than 40 Chinese apps after the Galwan Valley clash. The Communist Party of China is aware about India’s economic strength. Secondly, China is also aware that India has a strong army and it’s not possible to carry out a full-fledged war.

The only possible solution for China right now is to do these small acts to grab the attention of the concerned authorities and brainwash its own citizens into believing these clashes as a nationalistic act. Chinese citizens are undoubtedly going to believe their government since they only consume filtered information that the Chinese government approves of.

Even after months of disengagement, China does not want to step back because doing so would dent its image as a rising superpower. A country with visions to replace the USA is unlikely to bow down in front of a neighbor like India, who is amassing a greater role in the sub-continent. What remains to be seen is which of the two countries gives way first, which is doubtful considering what is at stake. Perhaps, what we are witnessing is the start of another global cold war.