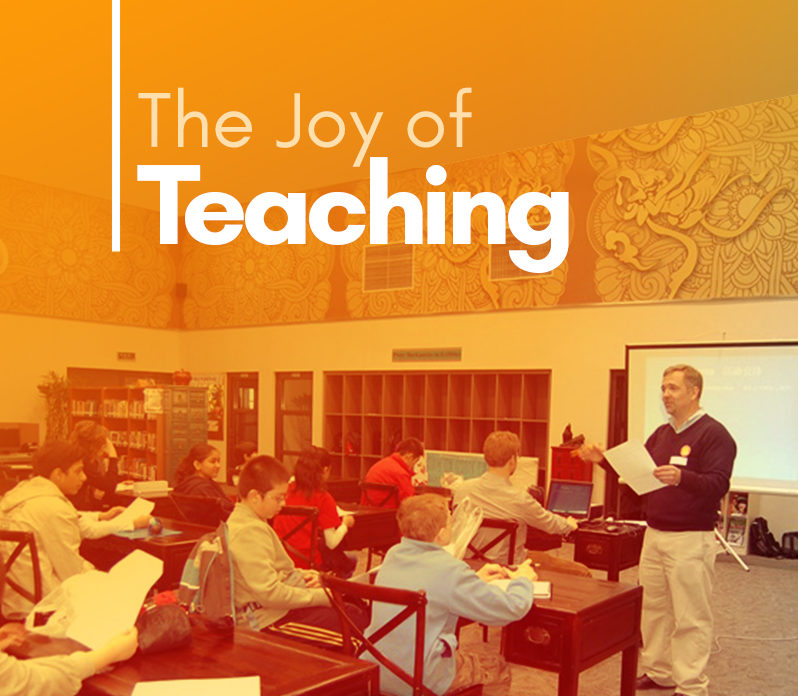 Aiming to offer its foreign teachers with a better understanding of Chinese culture, Haida Interact International Company Ltd organized a DIY mooncake activity on the occasion of Mid-Autumn Festival. The activity was organized at Hangzhou Jiangnan Experimental School on September 21, 2018.

One of the most interesting parts of Haida International China celebrating Mid-Autumn Festival was the DIY mooncake activity. The foreign teachers were first acquainted with the different styles of mooncakes such as Cantonese style mooncake and Suzhou style mooncake, etc. Later, the teachers participated in the mooncake making activity.

The charming baker Jenny provided detailed and step by step instructions to the teachers by demonstrating how to make mooncakes. She started with Cantonese style mooncakes with red bean paste, lotus seed paste and egg yolk as chief ingredients.

The teachers were quite careful in imitating the recipe. They kneaded the dough, placed the red bean paste inside, wrapped and sealed with the dough disc. Next, they placed the stuffed mooncakes into the mould, lightly pressing the mould handle.

Guiding the teachers, baker Jenny also explained the various flavors of fillings and how they tasted. When the mooncakes were baked to perfection, the teachers were surprised by their work. Towards the end of the activity, everyone was full of excitement and packed their self-made mooncakes into traditionally designed paper bags.

Haida HR China firmly believes that the inclusion of foreign teachers in Chinese festivals and rituals makes it easier for them to understand the local culture and making themselves comfortable with it. With the DIY mooncake activity, foreign teachers not only got an opportunity to understand Chinese culture and communicate with each other, they also experienced the care their recruitment agency showers them with.