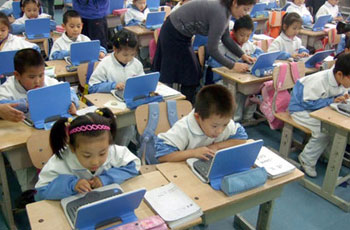 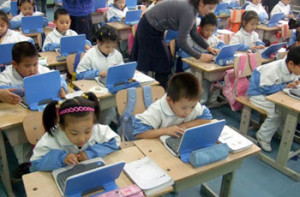 By recruiting teachers from all over the globe for Hangzhou schools, Haida HR enabled globalized education. These foreign teachers are providing the students’ tailored lessons. A French teacher will teach Français better because he/she specializes in it.

It’s not just the Chinese students, Haida HR has also created an awesome and happening life for the foreign teachers. The educators are gaining international experience on an attractive salary package that enables exploration of beautiful China.

A nation’s future depends on its present. They have to accept challenges and slowly integrate with changing infrastructure and technology. The Chinese government understands this fact and is supporting recruitment companies like Haida HR grow. China is pulling talents from overseas to train their workforce so they can meet challenges head-on in the future.

To facilitate the integration, the Chinese government held an employment fair in December 2017.  More than 10,000 employment opportunities were open, where the focus of most of the companies was on recruiting expats. The response was mixed because the fair did not have a strong ‘game plan’ of providing the foreigners an attractive prospect of settling and working in China.The above could be made easier with recruitment companies like Haida HR. This company has a lot of experience in recruitment drives as it has successful dispatched more than 2,000 foreign teachers in the last 20 years. Almost 50,000 students have received benefits of Haida HR’s activities.

While China is doing very well in gymnastics and table tennis, it lacks skills in football. This is partly due to the lack of training provided to young football enthusiasts. If China wishes to stand as a world champion by 2050, it has to hire foreign experts, coaches, and fitness experts who specialize in football training.

Haida HR is doing its part to make the 2050 football dream possible. The company has roped-in certified football instructors. These experts are handling the young football players excellently by providing them conceptual understanding and essential challenges through exciting drills.

It is imperative for the Chinese to ensure that the young students are well-versed in English, a language which forms the base of most businesses around the world. Setting up companies like Haida HR is crucial for the betterment of the future. Such companies hit two bulls’ eyes with a single arrow.

On one hand, the young Chinese students feel advantageous with skilled foreign teachers, on the other, China is steadily growing as an employment hotspot for sinophile educators, who are living a comfortable life.