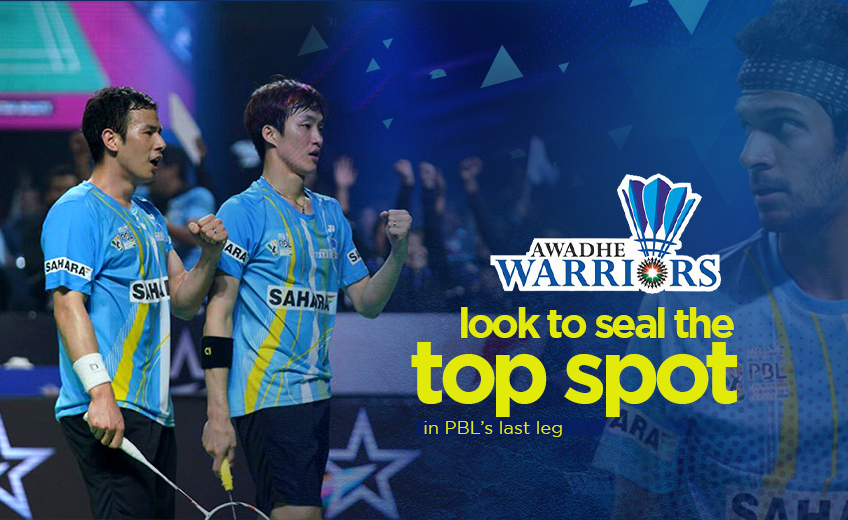 As the Premier Badminton League, India’s principal league-based Badminton tournament enters its last phase, all teams are set for an intense battle to win the trophy. All seven teams are in the race of semi-finals, where the top four will lock horns to reach the final, which is to be held in GMC Balayogi SATS Indoor Stadium, Hyderabad on February 9, 2020.

The Lucknow-based team, Awadhe Warriors that reached to the second position after a dominating performance against Mumbai Rockets, is aiming to maintain their super show when they meet the top-ranked Chennai Superstarz on February 1, 2020. Owned by the Sahara India Pariwar, the team defeated the Mumbai-based franchise by a big margin of 5-0. Riding on the stunning performance by Vincent Wong Wing and Zhang Beiwen, the team is at the second position currently.

After the win, Ajay Jayaram, Awadhe Warriors’ Indian ace expressed his gratitude and thanked the local crowd for the overwhelming support the team got during the two matches they played in Lucknow’s Babu Banarasi Das U.P. Badminton Academy. “I think it’s my first match and I was rusty in the beginning and also made many unforced errors, but I had confidence throughout the game and it paid off,” said the Chennai-born champion after the match.

Awadhe Warriors’ confidence is surely at the sky, since they came back stronger after the setback on January 26 against Hyderabad Hunters. They have been training hard to get the better of Chennai’s smashers. The team will next face Pune 7 Aces on February 3 and Bengaluru Raptors on February 6.

In addition to the continuous role played in the nourishment of Indian Sports like badminton, Subrata Roy-led Sahara India Pariwar has actively been promoting other games, such as Hockey, Polo and etc.